A Note from our Founders

2020 was a year of incredible challenge for all of us. Navigating a global pandemic as a nonprofit was full of forced innovations and changing plans. COVID made us balance and cut budgets, then balance and cut them again. It forced us to navigate remote work and safety concerns as a team, it grounded our international travel, and it brought us face to face, once again, with the reality that hardship has the greatest impact on the vulnerable…

When COVID hit, we responded quickly, strategically, and sacrificially. You helped us provide emergency relief when COVID hit and India was in lockdown. With special donations, you gave food kits to slum communities where our operatives work, and you made sure police partners got protective gear to keep them safe from the virus. 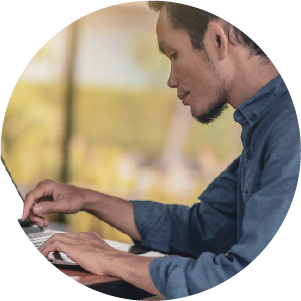 International staff spent much of 2020 isolated and at home, but they refused to let lockdowns stop their investigative work. Instead, they launched into online evidence gathering of sex trafficking. They built strong cases of cyber-exploitation, and when their countries opened up, they were ready to partner with police. 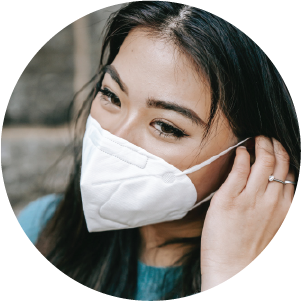 Operating with the value of keeping our field teams safe and employed, you gave generously to offset falling donations due to the pandemic. The entire staff at HQ immediately took pay reductions, too, to ensure that our front line operatives could continue their work. 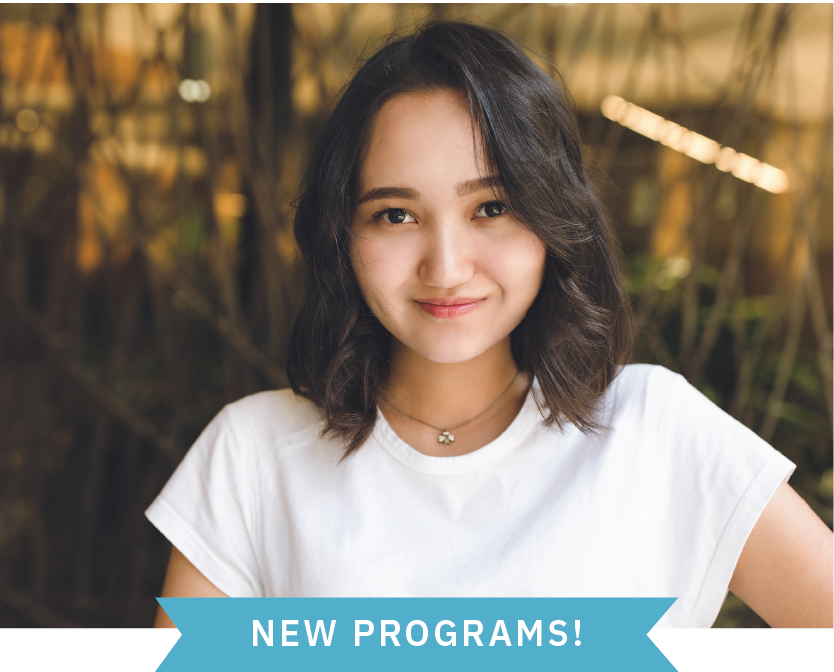 The Exodus Road is excited to share that we are strategically launching two additional programs in our work in the fight against human trafficking. In addition to our core program – Search + Rescue – we are officially expanding our prevention and aftercare programs through TraffickWatch Academy and Beyond Rescue. 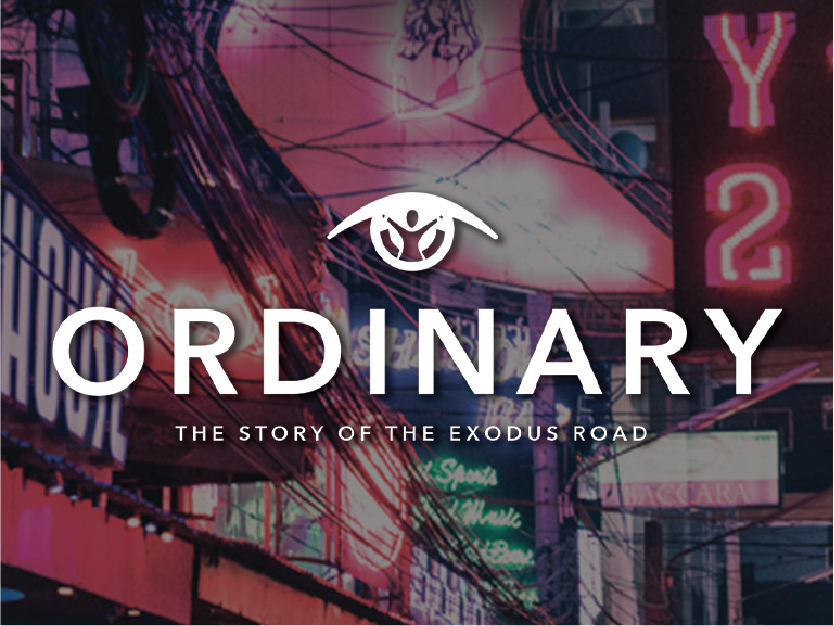 The vulnerable, unlikely story of how The Exodus Road began — with an ordinary couple, gritty undercover work, and a dream that rescue from human trafficking was possible.

Ordinary captured the attention of our community around the world and continues to inspire ordinary people to find their role in freedom. 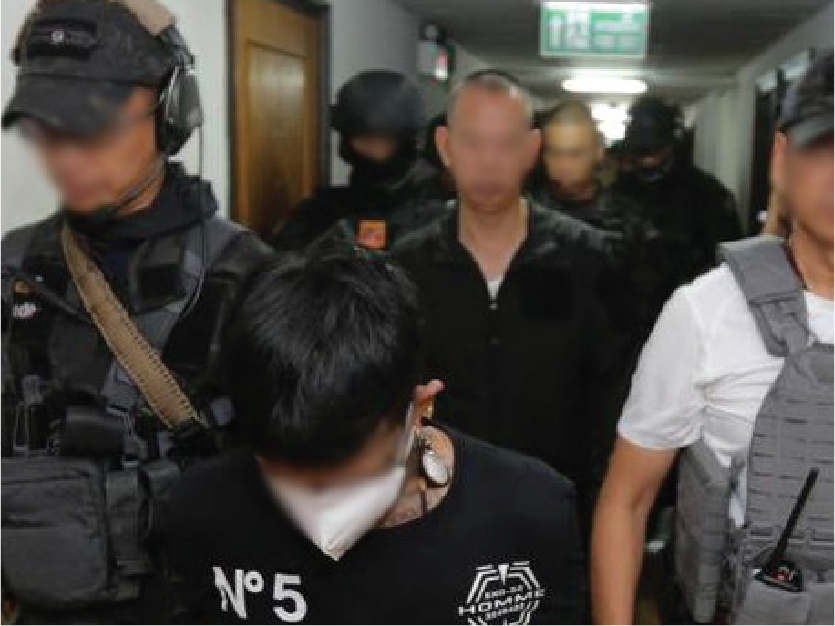 In 2019, our investigative teams helped police with a case, Operation Lost Boys, that resulted in the rescue of 17 children. Because of the evidence gathered and with the help of partners, 13 traffickers were arrested by policeand faced serious charges.

In 2020, after countless hours in the legal system, justice was finally served. The traffickers received collective sentences of over 400 years in prison! 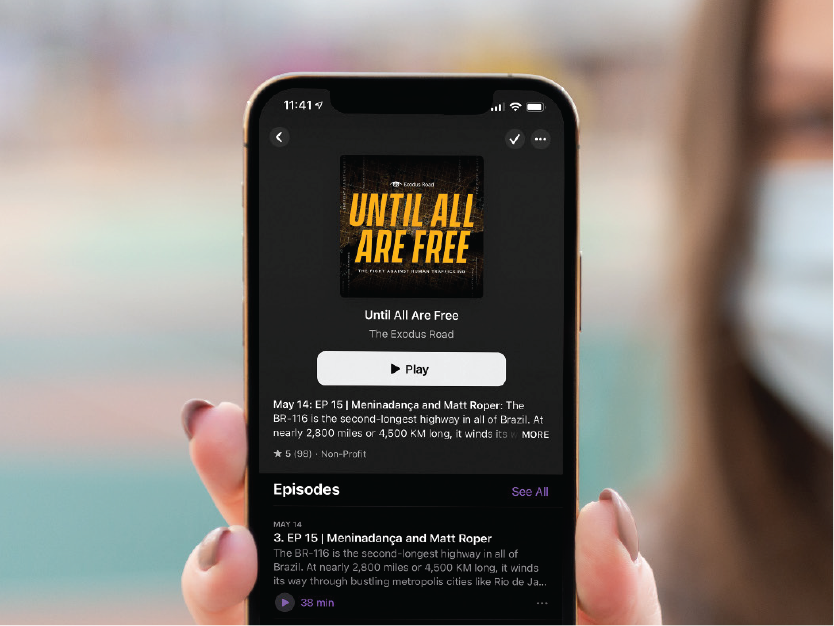 In May of 2020 we celebrated reaching the top of the charts on Apple Podcasts Nonprofit category – and that wasn’t the last time our podcast, Until All Are Free, held a spot in the top 10! Our audience has provided nearly 100 5-Star reviews and has listened to a collective 305,000 minutes across 14 episodes. You can find Until All Are Free on all major podcast platforms.

Leveraging a decade of experience on the front lines working with law enforcement partners, our TraffickWatch training program equips national police, NGO practitioners, students, and communities with engaging, quality content from diverse leaders in the counter-trafficking community. Primarily in digital format, and thus highly accessible and sustainable, this training quickly equips front-line workers to recognize and combat trafficking in their communities.

Nearly a decade of experience.

We train local operatives, identify victims, build effective cases, utilize technology and covert gear, and support law enforcement in operations. Our covert investigative tactics are best-in-class, and our collaborative partnerships with police are critical for impact in their own justice systems.

Our Search + Rescue teams are currently in India, Latin America, the Philippines (New in 2021!), and Thailand. Each team contains investigators, social workers, and support staff.

Our team of Western volunteer operatives (DELTA Team) supports our local national teams in short-term deployments throughout the year. 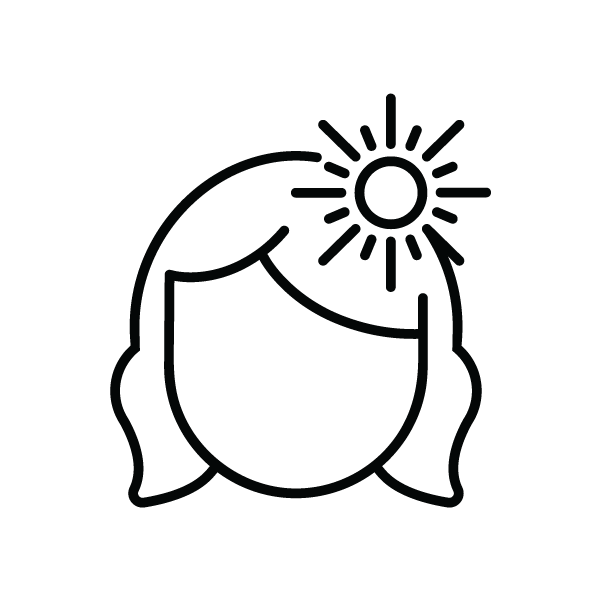 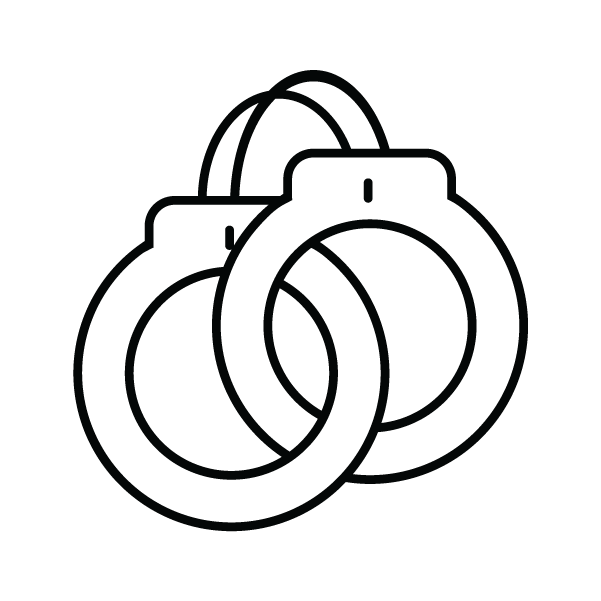 Ireshi* was wearing Disney princess pajamas on her slight frame when they came for her, a glaring symbol of the innocence of childhood that was taken from her.

*Name is representational to protect the identity of the survivor.

Monica’s story is all too common. At seventeen years old, her boyfriend became her trafficker.

*Name is representational to protect the identity of the survivor.

We know that the moment of rescue is only the first step in a survivor’s journey to true freedom. In addition to providing crisis care workers and social workers on our Search + Rescue teams, our Beyond Rescue program was developed with the value of offering holistic care in mind.

Utilizing a trauma-informed approach and working in collaboration with other NGO partners, we are now uniquely tailoring aftercare services for those in greatest need in the countries where we work.

Learn More about Beyond Rescue 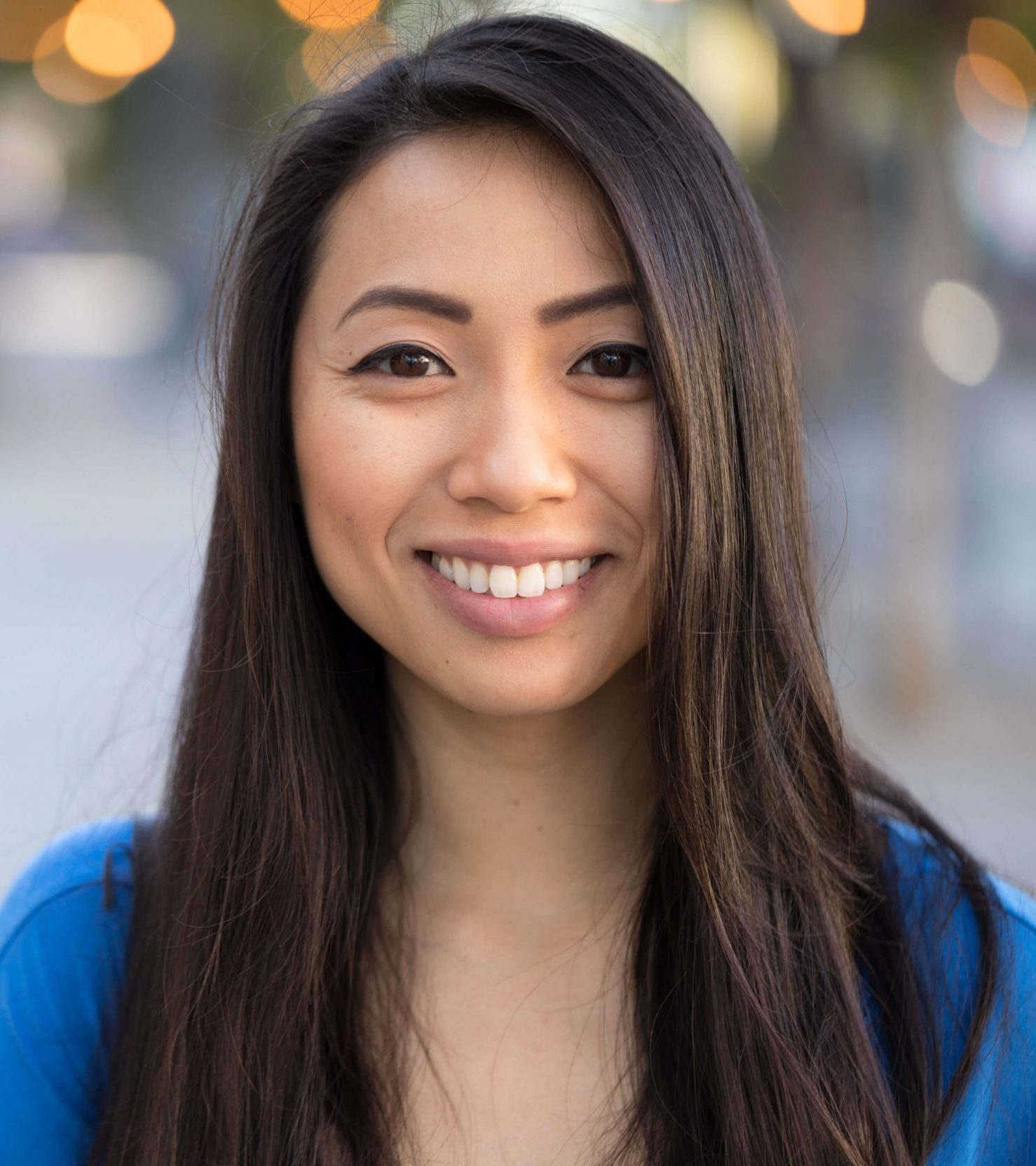 Located in an area where the sex industry is rampant, this program will offer immediate shelter and care for women in crisis. In addition, it will offer women a one-year program that will include: trauma-informed therapy, life skills classes, counseling, medical care, community internships, and job skills training.

We will be welcoming our first clients in the Fall of 2021.

Celebrating the work that you empowered throughout 2020. 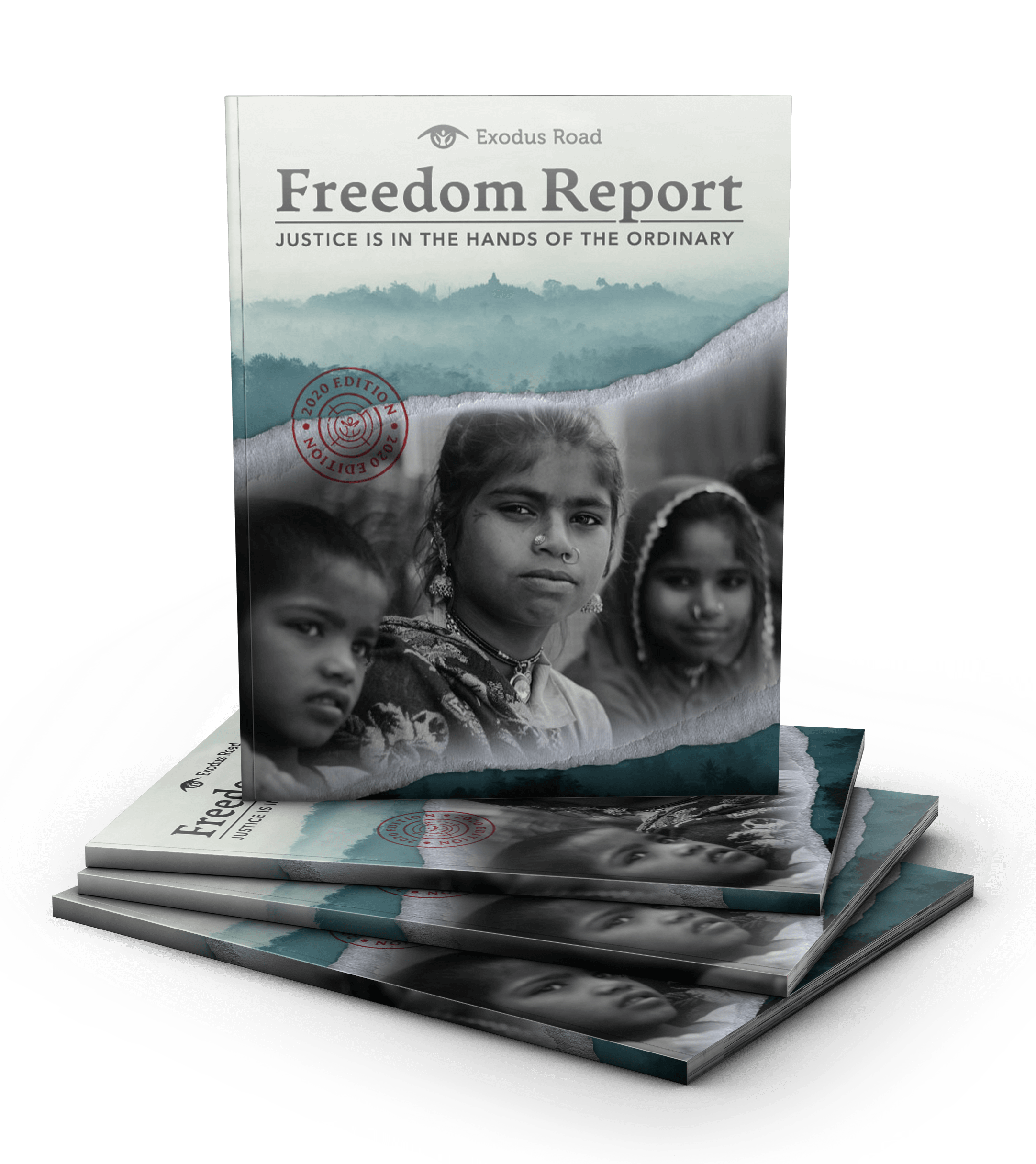 … Laura and I can say without a doubt that 2020 was one of the most difficult years we’ve personally or professionally walked through; I’m sure many of you would say the same.

And yet, despite all the disappointment, isolation, and struggle that defined last year, this community’s commitment to show up for the exploited, COVID or not, was evident. It was beyond inspiring.

You gave immediate emergency funding to provide food for slum communities in India. You helped keep our international staff safe and employed, and you continued to advocate for freedom, even when isolated at home.

Our front-line operatives refused to quit, either. They pivoted to online investigations, spent extra time in training, and as soon as their countries opened up again, they were at police partners’ doors with evidence of trafficking to present.

And so, yes, 2020 was one of our most difficult years to date as an organization, but it was also one of the most hopeful. It gave us the chance to prove our commitment to freedom over the long haul, despite whatever obstacles the world may throw our way. It also provided some really exciting opportunities to innovate our work, and for that we are thankful.

We both hope that as you read through this Freedom Report you will be encouraged, friends. Even a global pandemic could not stop freedom work from pressing forward.

She is only fourteen — and routinely sold to men under the guise of providing massages at a parlor for the past three years. Yet she still looks like the child she is, only just beginning her journey of adolescence.

Her mother, the “chiropractor” in the parlor, arranged and scheduled the “special” services with her daughter for customers who had earned her trust. She groomed her children to lie about providing sexual services to anyone who asked, all the while, exploiting them.

In early Spring 2020, Thai police reached out to TER operatives for help with investigations of a region that was suspected of selling children for sex behind the facade of massage parlors. National operatives spent time visiting this particular parlor and spotted Ireshi. They began to collect evidence of Ireshi’s abusive situation and finally helped police plan a mission on her behalf.

In the midst of the raid, operatives witnessed Ireshi’s bravery as she remained calm and told those around her not to be afraid. Her mother was arrested and faces charges of human trafficking. Ireshi was taken under the care of a national social worker who told her, “Together we will bring you out of this cycle. And you will have a better life.”

A childhood reclaimed, a life renewed with the hope of restoration, Ireshi is now living free. And because of your support, soon, others will be, too.

Monica’s pimp posted explicit photos of her on social media and in direct messages. She was suffering abuse. He was profiting.

The exploitation continued until a TER investigator saw a post advertising Monica during his routine cyber investigations. He immediately reached out to her trafficker and began to patiently build a relationship of trust, all while collecting evidence.

Proving human trafficking crime in this particular country in Latin America is incredibly difficult because of the amount of evidence required. However, over the course of several months, TER’s Search + Rescue team worked relentlessly to build a case that would not only bring Monica justice but would ensure her pimp was stopped from harming more young girls.

Just after Monica’s eighteenth birthday, she was summoned by her trafficker to meet yet another “friend.” She assumed it was another customer, another hour, another nightmare.

But this time, Monica was surprised. National police and social workers streamed into the room. She was immediately comforted by female officials who let her know that she had been a victim of a crime, that she was safe now.

Monica walked out that night into a new chapter of her life. Her pimp walked out in handcuffs, facing charges of human trafficking.

Though Monica has a long road of healing ahead, the persistence of TER’s team and police partners have ensured that she can begin that journey.