Walking the dusty trail with sloshing jugs of water, Cindy felt the cool earth of Ugandan soil through her worn sandals. She walked home to her children. The water filled their bellies each morning, but it was no replacement for the food that their bodies craved. Each day she walked by the man on the corner of her earthen street. Each day he sat in the shade by a line of women, chatting into his cell phone.

If your family was starving, what would you do? Who would you be forced to trust?

When the man on the corner said he knew a guy who could find her work, she didn’t like the sound of it… but she couldn’t stop listening. He told her how much she could make, and it was far more than she had imagined. She knew it would be painful, but thought it would be a manageable pain, like the pain in her shoulders from carrying jugs of water home in the morning. The guy said it would be sex, but it would be with wealthy men who would pay her generously. They would treat her well and would be kind. It was in a faraway place, too. Her family wouldn’t see.

What other options did she have?

On the plane roaring through the thin air, miles divided her from home every second. She didn’t doubt herself. She knew she needed to take this chance, but she felt afraid. She wondered when she would fly home again. When would she see her children again? Every morning as she had walked the jugs of water home to her children, she knew she only delayed an inevitable hell of death. She left Uganda on a mission, finally, to resolve her situation.

When she landed in Thailand, two men who spoke a language she didn’t know shuttled her into a car. They drove her to a hotel. In the cluttered hotel office, the ceiling fan stopped turning while the men asked for her passport, and the room felt warm. She thought maybe she wouldn’t give it to them, but she did. She had to. This was normal, right?

What about the businessmen? Wasn’t she going to be a high-class escort?

The men smiled and said she would walk the street if she wanted to eat. For a week, she didn’t walk the street and offer herself to men. Each day and night that passed, she felt pangs of hunger burn hotter in her stomach. Her hands shook, and she couldn’t concentrate. Finally, when she had lain awake on the seventh evening, starving alone in the hotel room, Cindy walked the street.

These men were not high-class businessmen. They were anyone and everyone on the street.  They came from all over the world. They wanted her. They would pay her. The money she made from these men went to the other men, the men with her passport. Each night as Cindy worked the street, she became aware that she was being watched by men on corners like the one she had seen in Uganda. They beat other women who tried to leave the street.

The men with her passport said she could no longer speak to her family in Africa. Further, she could not talk to anyone about what she was experiencing. Her words were limited to catcalling potential customers on the street.

Hey baby, what are you looking for tonight?

Three other African women stood near her on the Thai street, each with their own story of being deceived and trafficked. White men sometimes approached Cindy, asking about her story. How had she come to Thailand? Did she have a family? Early on, she told the truth. She said she missed her family and home in Uganda. She needed to speak to them. She needed to know if they were okay. Then she was beaten. She learned these men were paid by her traffickers to test her story. Her now chipped tooth was a physical reminder of the power of her traffickers. Each time she looked in the mirror, she wondered who wasn’t paid by her traffickers to keep her enslaved.

The Exodus Road found Cindy working on the street in the early hours of the morning. When our operative, a white man, asked her if he could have a drink with her, she knew she could make a little money even if he said he wouldn’t take her home. Cindy sipped her drink, trying to calm herself as he started to ask questions about her home.

Our operative continued speaking with Cindy, suspecting that something about her situation seemed off. He asked if she had a family. She lied. She told him she did and spoke to them often. Then the man showed her pictures of his children. “Kids need their mom,” he said.

Cindy could see the faces of her children in mind. Their faces had played in her dreams while she was gone.

Tears streamed down her face as she spoke her truth one more time. She said she had a family in Uganda, that there were men who had taken her passport and kept her enslaved. She said she worked every night under their control. While she spoke, she wondered if this man was just another one paid by her traffickers to test her.

The Exodus Road’s undercover operative heard Cindy’s story on the street that night and acted on behalf of her freedom.

Through The Exodus Road’s partnerships with other NGOs, Cindy was rescued from slavery. She was repatriated to Uganda. As she flew, she finally subtracted those many miles that divided her from her family. When she landed back at home, she walked on those familiar dusty streets back to her home. How lucky she felt to walk on that warm red earth again. She reunited with her family and was given occupational training so that she can now provide for them.

The Exodus Road even arranged for the repair of Cindy’s tooth.

When Cindy smiles, it is a smile unbroken by her slavery.

She lives in Uganda with her family, finally free.

“Our Hearts are Afraid.” COVID-19 and Its Dramatic Impact in India 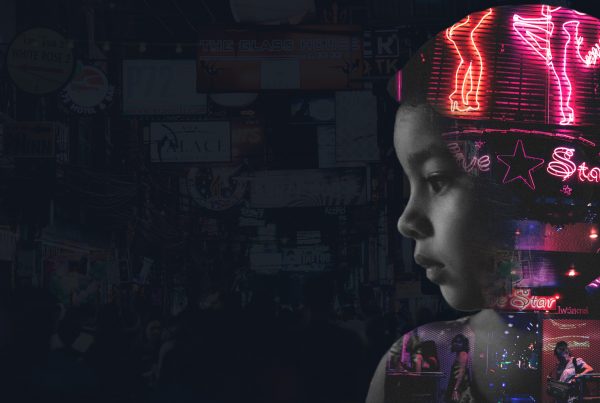 Boys are sold for sex, too. 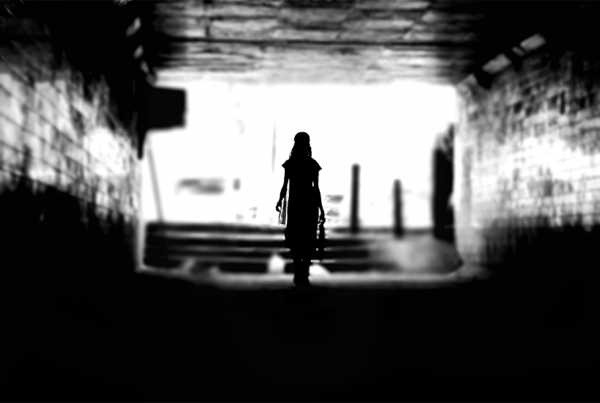 Someone Came For Us: 3 Sex Trafficking Survivor Stories