By Ryan Harnedy and The Anti-Human Trafficking Intelligence Cell of Mercyhurst UniversityOctober 25, 2021November 15th, 2022No Comments

As one of the wealthiest and most developed countries in Latin America, Brazil is a country of origin, transit, and reception of international human trafficking. It also has high rates of internal trafficking within its borders.

While exact numbers are hard to come by, according to the Global Slavery Index on any given day in 2016 there were 369,000 people in conditions of modern slavery in Brazil. This translates to 1.8 people living in modern slavery per thousand people in Brazil. Brazil is also currently recovering from an economic recession worsened by COVID-19, so these numbers have likely increased.

Types of Human Trafficking in Brazil.

Forced labor and sexual exploitation are the most prolific types of trafficking in Brazil, but forced domestic labor, forced marriages, and organ trafficking occur as well.

Labor-intensive industries such as cattle-ranching, coffee production, forestry, and charcoal production have created a demand for cheap labor — demand often filled by modern slavery. Apparel is Brazil’s import most at risk of being produced through modern slavery. Laptops, computers, and mobile phones are also highly at risk.

Brazil has the highest number of domestic workers worldwide, at an estimated seven million. Many of these are in conditions of modern-day slavery, being denied basic rights, working long hours with little to no wages, having restricted movement, and being subjected to physical and sexual abuse.

Demographics of human trafficking in Brazil.

Low-income, illiterate men living in rural areas are at the highest risk of forced labor and debt bondage in Brazil, while low-income, poorly educated women and children are most often targeted for sexual exploitation or work in textiles.

Internationally, young Brazilian women are the bulk of human trafficking victims, according to the United Nations.

The LGBTQ community is often targeted for sexual exploitation in urban areas. Transgender individuals are especially at high risk for exploitation from traffickers, as traffickers will target people looking for money for gender reassignment surgery, using it as a means to recruit them into debt bondage.

Indigenous Brazilians and Brazilians of African descent also have a higher susceptibility to trafficking. While they comprise 51% of the population, they tend to have a lower socioeconomic status, making them more vulnerable to trafficking. Indigenous women and those of African descent are also among the most vulnerable to forced domestic servitude.

Children are also at risk of trafficking in Brazil. According to a 2009 estimate from the Brazilian Federal Police, traffickers smuggled and exploited roughly 250,000 to 400,000 children along highways, in resort and tourist areas, and in Amazonian mining brothels.

A homeless family sits on a street in Sao Paulo, Brazil.

Traffickers often move forced laborers from poorer northeastern rural states of Brazil south into wealthier interior, metropolitan areas. The Brazilian states most impacted by international human trafficking include Goias, Minas Gerais, and Pernambuco, and the Brazilian cities most impacted by trafficking are Rio de Janeiro and São Paulo. Brazil’s border states of Mato Grosso do Sul, Paraná, and Rio Grande do Sul are also all hubs for sex trafficking.

Most vulnerable states in Brazil 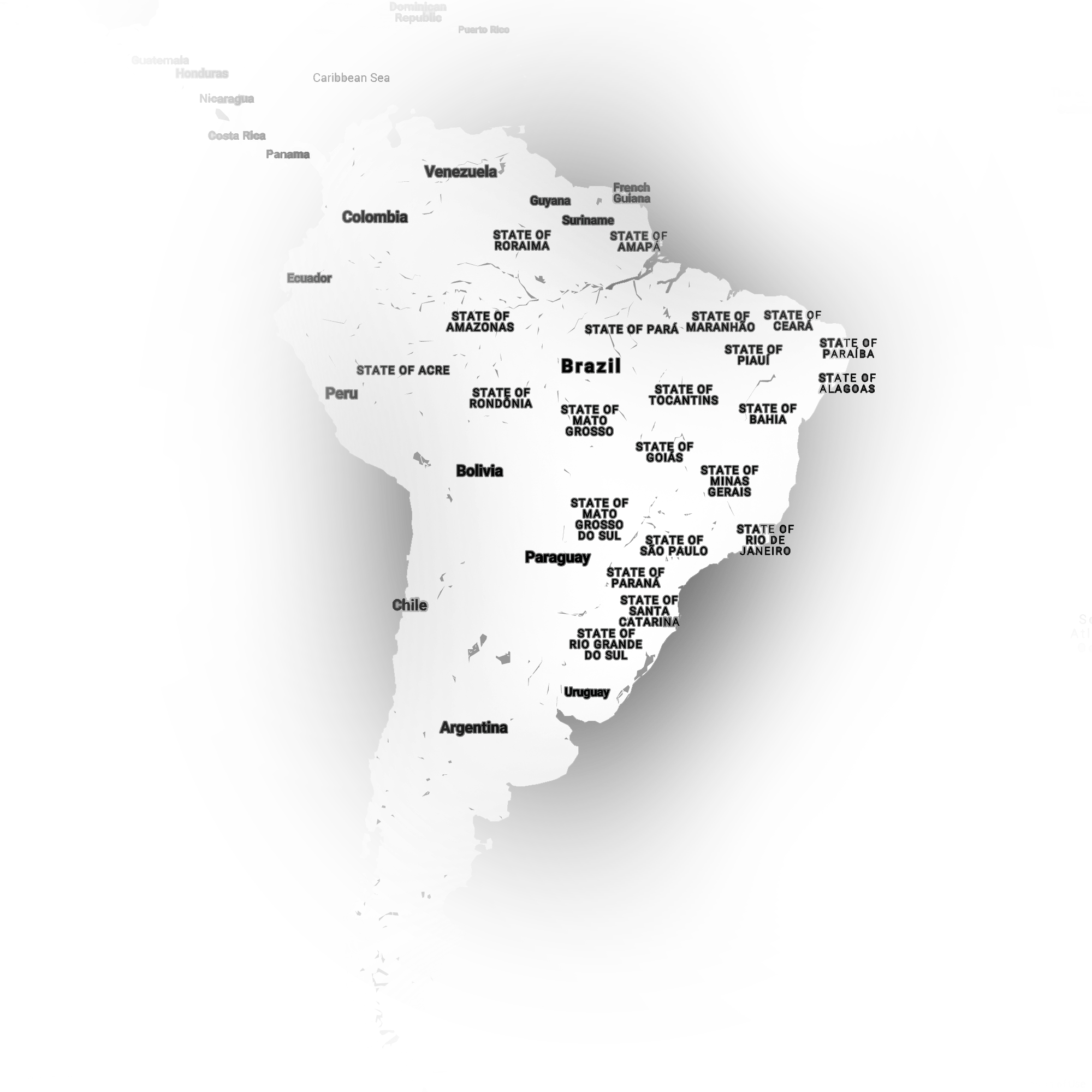 Brazil borders 10 countries, which crime groups use to facilitate the illegal trade of drugs, weapons, and humans. The Tri-Border area of Brazil, Argentina, and Paraguay is a regional epicenter for human trafficking. Sex trafficking is becoming an increasing problem in this area as well, as traffickers bring women and girls across from Paraguay, Bolivia, and Argentina.

Sometimes international victims also come from further abroad. Muslim migrants from India, Bangladesh, Pakistan, and Nigeria enter Brazil via the border in Foz do Iguaçu and Guaíra, where traffickers have subjected them to forced labor in refrigerated warehouses that process Halal meat in western Paraná.

Women and children are also trafficked from Brazil internationally ​​for sexual exploitation in countries including Spain, Italy, Portugal, the United Kingdom, the Netherlands, Germany, the United States, Switzerland, France, and Japan. Brazilian authorities have found evidence that foreign organized criminal networks, specifically from Russia and Spain, are involved in the sex trafficking of Brazilian women.

Traffickers use a variety of unethical means to recruit people into modern slavery. People are often tricked into sex trafficking and forced labor through false promises of jobs and debt bondage. Middlemen known as “Gatos” promise vulnerable targets better employment, food, and housing.

When they arrive, the victims find they have already accrued outrageous debts for food, housing, and the equipment needed to do their jobs. Employers are even known to hire armed guards to prevent modern slaves from escaping. In some cases, local authorities were aware of the exploitation and allowed it to continue.

Many of Brazil’s primary exports benefit from the modern slaves recruited by Gatos.

Traffickers also prey on desperate Venezuelans impacted by their home country’s instability. They recruit Venezuelans living in Brazil and those still in Venezuela via online advertisements and social media platforms offering fraudulent job opportunities, later exploiting them in sex trafficking in major cities like Sao Paulo and Rio de Janeiro.

Traffickers often remove victims’ identification documents once they arrive at their destination, so they cannot find other jobs or go back home. In some situations, traffickers guard their victims at night, lock them in their rooms, and threaten them with violence if they do not cooperate.

Rainy day in the port of Amazon river.

Human trafficking in Brazil and the COVID-19 pandemic.

COVID-19 halted Brazil’s recovery from an economic recession. This has caused an increasing number of Brazilians to become susceptible to the ploys of Gatos and other human traffickers. Traffickers have also increased their recruitment into Venezuela to take advantage of the financial impact of the COVID-19 pandemic, as well as the economic and political instability in the country.

Although the problem of human trafficking in Brazil can seem insurmountable, there are organizations dedicated to fighting it. Some of the Brazilian nonprofits fighting human trafficking and aiding survivors include Project Rescue, ASBRAD, Institute for Migration and Human Rights, SODIREITOS, and Institute Elo.

The Exodus Road is also partnering with law enforcement to provide training and education to officers in fighting human trafficking through its TraffickWatch Brazil program.

This report was prepared for The Exodus Road by The Anti-Human Trafficking Intelligence Cell (AHTIC) of Mercyhurst University in 2021.

Education is one of the most powerful weapons in fighting human trafficking.

Take the next step on your journey of learning about human trafficking with the free TraffickWatch Academy course. In just an hour, you’ll be certified in human trafficking awareness and prevention — and better armed to be part of the fight for freedom.