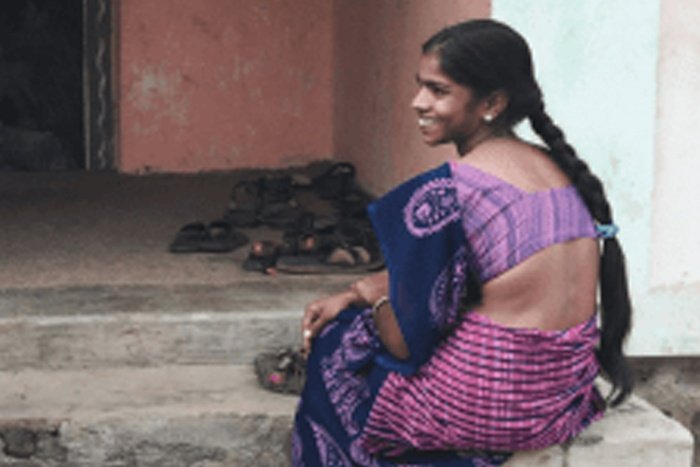 Diya is impoverished and barely educated. She grew up in Bangladesh in the countryside. We don’t know the exact details, but the likelihood is that getting enough food for the day was the family’s primary struggle. And then someone came into that village and offered her a job – a housemaid, they said. It seemed like the golden ticket, so Diya took it. Desperation makes any possibility of employment feel like winning the lottery.

And I wonder what it was like for 21-year-old Diya to say goodbye to her family, who also thought the job was legitimate. I wonder if she was excited, nervous, hopeful, scared. I wonder what her last words to her mother were as she drove away from her village, wonder if she promised to send back some of her salaries to help feed her brothers and sisters. I wonder.

When she crossed the border into the neighboring country of India, the story changed. And so did the job. Diya was quickly forced into prostitution by traffickers. Sit in that reality a minute, friends.

And on March 20, Diya’s story took another surprising turn. The doors were breached, uniformed officers rushed in. Your social worker would have been right there, whispering into Diya’s ear, explaining what was happening. The rescue mission with the police was a success.

Diya and two other women were freed that night; four traffickers were arrested and now face weighty charges of human trafficking. Freedom and justice. Maybe sit in that reality a minute, too.

“Snatching them from the fire” is how our Country Director Sudir described RESCUE to us earlier this month. Sudir has been at this work for more than a decade, and he knows how much damage the flames can do.

Snatched from the fire – it’s a chapter in Diya’s story now.

A chapter that you helped write.

Sweet Diya, our thoughts are with you today. I know your parents probably haven’t even gotten to talk with you yet, but you are not forgotten. There is an army of Westerners who are breathing a sigh of relief for you, who are celebrating your freedom, who are rooting for your reunion with your family, who are praying for your healing and restoration. You deserved better, Diya. You always have. And you’re worth so infinitely much more than the price they sold you for.

We’re hoping love wraps you up and holds you tight as you wait for the next page to turn.

– Reflecting on Rescue: personal thoughts from Laura Parker, Co-founder of The Exodus Road