For survivors of human trafficking, being truly freed from the darkest of circumstances goes beyond the night of a raid.

Long after their traffickers are behind bars, survivors are still fighting to escape the mental shackles of trauma, isolation, and displacement.

This is where Sola and her team of caring professionals come in.

Sola is the Regional Aftercare Coordinator at the Freedom Home, The Exodus Road’s safehouse for adult women survivors. As a native of Cambodia with over a decade of experience working with human trafficking survivors in Southeast Asia, Sola is well-equipped for the work of creating solace and healing for these women through meeting their practical needs and providing trauma-informed care. Sola is working with other professionals to build this safe haven on the foundation of a deeply compassionate approach that holistically addresses survivor’s needs.

The Freedom Home will be opening its doors to sex trafficking and labor trafficking survivors later this year. Get to know Sola and catch a glimpse of her vision for the home through this interview.

Q: Where did you grow up? What is your family like?

A: I grew up in a slum area in Phnom Penh, Cambodia. At the age of 16, I started working twenty to thirty hours per week as a part-time teacher. At the same time, I sold fruit to people on the streets for ten to twenty hours in the evenings and over the weekend.

Throughout all of this, my dedication to academics was exhausting, and it had an adverse effect on my grades for the first two years. This led me to reduce my course load in my third year. Fortunately, I was able to find a balance between my academic goals and non-academic responsibilities. While I was in school, I was pursuing my career as a social worker and therapist.

My mom is a veterinarian, and my dad is a retirement official for the Ministry of Agriculture. My sister graduated with psychology and law degrees. She is currently working at an anti-human trafficking organization in Cambodia.

Q: How did you become passionate about aftercare for survivors?

A: I became passionate about aftercare for survivors through 13 years of exposure and experience working with trafficking survivors. I have worked with the communities that are affected– women, children, migrant workers, indigenous people, and people with disabilities. I have learned that these vulnerable groups are specifically targeted for trafficking.

While survivors have other significant needs also, aftercare plays an important role in recovery and reintegration after rescue. Restoration is a process. I have witnessed this empowering and meaningful journey where a survivor is going through the healing process, engaging with their community again through safe employment opportunities, and continuing their education and successful reintegration into independent adulthood.

Q: What are your life experiences and education in this field of work?

A: As a teenager, I began working as a social worker, trauma therapist, and trainer. Eventually, I rose to the position of Program Director in an anti-human trafficking organization. I graduated from school with a degree in psychology and education.

Q: Can you share one story of a survivor that impacted you?

A: Dara* experienced chronic violence in her family, starting at age 4 and continuing until she ran away from home at age 12. She witnessed domestic violence by her father, including witnessing her father rape her mother. Dara and her siblings also experienced physical abuse by her father. That abuse included being hit with his hands, sticks, or wood, being kicked, having their hair pulled, and having objects thrown at them.

Dara was sent out on the street to work as a trash collector to support the family and pay off the debts that her father had gained by drinking and gambling. Because she didn’t get much money from the job as a trash collector, Dara needed to start looking for another job.

She ran away from home to escape family violence. Dara went to live with her friend Ratana* in the city who had already been commercially sexually exploited since age 16. Ratana got Dara a job as an ice seller. She earned $3-$5 a night for serving ice.

Later on, Dara was recruited to work at a KTV (karaoke bar). Dara worked there for five days and then was told that she had to serve sex. Kamlai,* who is Ratana’s sister, used verbal intimidation and threats to try to force her to serve sex. The customers also threatened her.

Dara received $65 per month, but she was forced to use it to pay for her debts, room service, and commissions for the manager. It was one long nightmare until she was rescued and referred to the aftercare program.

Being a trauma therapist, this story has significantly impacted me personally because of all these scary experiences that Dara went through. It was such a heartbreaking moment as I was listening to her telling me about her traumatic experiences and how much she wished this hadn’t happened to her.

Now, Dara is married with two children, and she owns a coffee shop and mini salon in her home province.

Q: Why is it important for organizations to collaborate when fighting human trafficking?

A: Collaboration brings people and organizations closer together, which makes us more effective in the fight for our common goals.

It creates a sense of community and consistent, open communication. Each organization has a different strategy, but that’s the beauty of collaboration: we are able to complement each other. Together, we can make a greater impact in ending human trafficking and providing support to survivors.

Traffickers are working as a system and networking with each other, which helps them achieve their goals. To combat them, we as organizations should hold hands and collaborate in order to be successful in our mission.

Q: Why is a trauma-informed approach important in survivor aftercare?

A: Trauma-informed care is very important for survivors. It realizes the widespread impact of trauma, recognizes its signs and symptoms, responds by integrating knowledge about trauma into policies, procedures, and practices, and helps prevent clients’ re-traumatization.

Q: Can you tell us about the Freedom Home in SE Asia? How have you been working to set up the program so far in 2021?

A: Freedom Home is the name of the safe home in SE Asia. It is an aftercare program developed to serve adult survivors of human trafficking. We are providing safe temporary housing, case management, counseling, education, vocational training, an integrated internship program, life skills, business training, and reintegration-follow up.

I have been working on developing a life skills curriculum, creating case management forms and psychological assessments, job descriptions for the team, and an aftercare manual and staff orientation manual.

Q: Why are you excited about the Freedom Home, and what impact do you hope it will have?

A: This initiative in the aftercare program for sex trafficking and labor trafficking survivors will focus on addressing immediate needs in both short and long-term rehabilitation, including safe and secure housing, physical and mental healthcare, legal advocacy, job and life skill training, and substance use services.

We know that aftercare requires a holistic treatment approach, particularly emphasizing trauma-informed care and comprehensive case management. Caring for trafficking survivors requires a trauma-responsive approach that recognizes the impact of trauma across the life span in order to avoid re-victimization and leverage survivors’ resilience to empower them.

I am confident in these goals for our aftercare program. Of course, there will be a lot for us to learn and improve as we go. But I really hope this will provide a good step to support survivors in their healing process, leading to successful independent living.

Q: What is one quote that inspires you and why?

A: “Do what you can with all you have, wherever you are.”

This is one of my favorite quotes. It inspires me in both my personal and professional life. It is very easy to get discouraged, and sometimes we want to give up on what we are dealing with. But as long as we are doing it with our full hearts, with commitment and faith, we will get there. The value of always giving it the full us, no matter what you have or where you are, has given me great hope.

Q: If you could say anything to a survivor of human trafficking, what would you want to say?

A: You are a very strong and beautiful woman. I am so proud to know you and your heart, a fighter who has gone through all of this pain. You are now in the light, and you are the leader of your own future. We are here to keep you safe and stand behind you, wherever your heart leads you.

Dedicated professionals like Sola are a crucial part of restoring dignity and autonomy to the courageous women who have been rescued. Support in restoring their physical, mental, emotional, and economic well-being is vital in helping survivors rebuild their lives and avoid revictimization.

The Freedom House will begin accepting survivors in the Fall of 2021. To find out more about our aftercare programming and learn how to get involved in empowering holistic recovery, you can visit our Beyond Rescue page.

What is Aftercare in Human Trafficking?

Aftercare and The Exodus Road

Aftercare in Human Trafficking: It’s Much Harder Than You Think 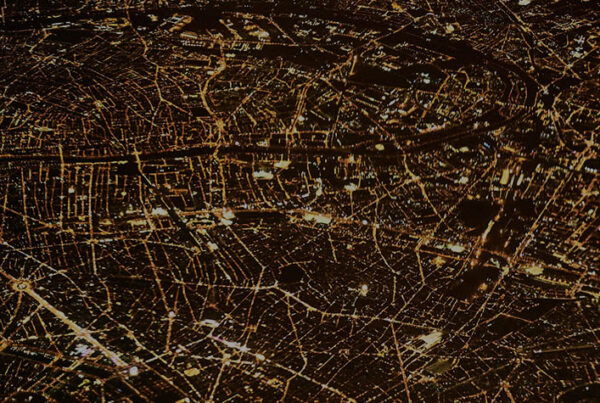 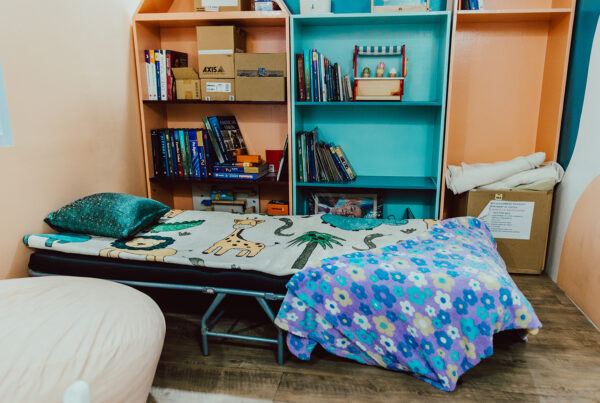