By Mary NikkelSeptember 2, 2021No Comments 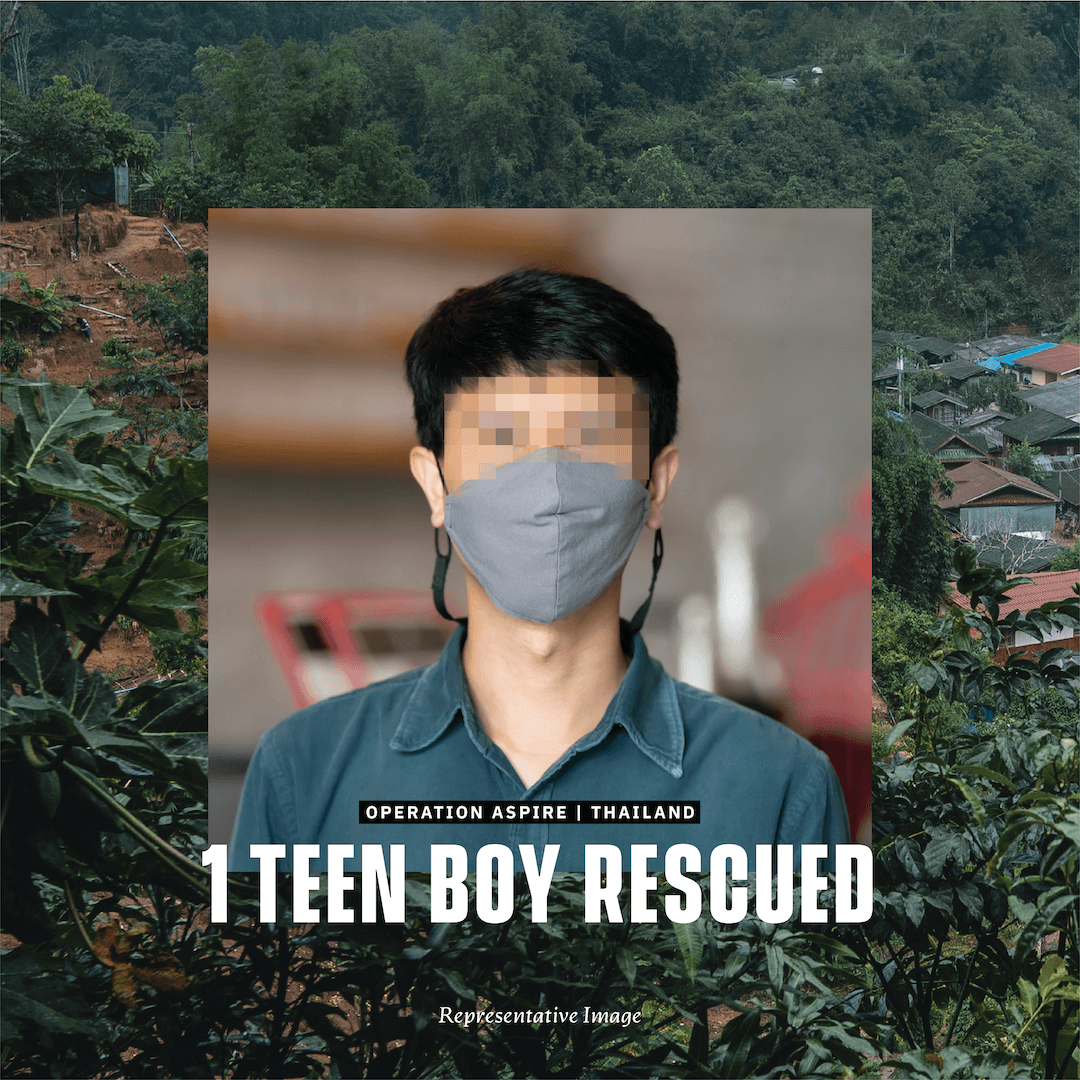 Gan* was bold enough to imagine a different future for himself — even when the circumstances seemed impossible.

At just 17 years old, Gan’s family was broken, his parents separated. His options for building a future were limited by the boundaries of the small province on the river where he grew up. He was left without support, and with few ways to provide for himself. When an older friend introduced him to a broker who promised a job in a distant city, it seemed like the perfect opportunity to claim a better life.

By the time Gan discovered the deception, it was too late: the broker proved to be a trafficker, and the “job” was actually exploitation through commercial sex.

Almost six months later, this tweet surfaced on Twitter: “a boy who got a financial problem is looking for your help and support, if you are interesting [sic] please let me know.”

When The Exodus Road’s Alpha team in Thailand saw it, they knew they had to act quickly. Every day that passed added to Gan’s abuse. Alpha team, local law enforcement, and social services all united to expedite the case.

Just four days later, Alpha had collected the evidence that law enforcement needed. Police entered the resort where Gan was being sold and interrupted the cycle of abuse. A social worker sat with Gan to provide comfort through the chaos and confusion, to assure him that he was cared for. Slowly, the realization began to break through Gan’s fear: he was not in trouble. He was free. His future was his own again.

Now, Gan can pursue his aspirations of a better life on his own terms.

This operation was a success due to Gan’s courageous testimony, Alpha team’s expert investigative work, law enforcement’s quick response, the social worker’s compassion, and the ongoing dedication of you as a supporter of The Exodus Road.

Thank you for being a part of securing a new future for Gan!

*Name and image is representative