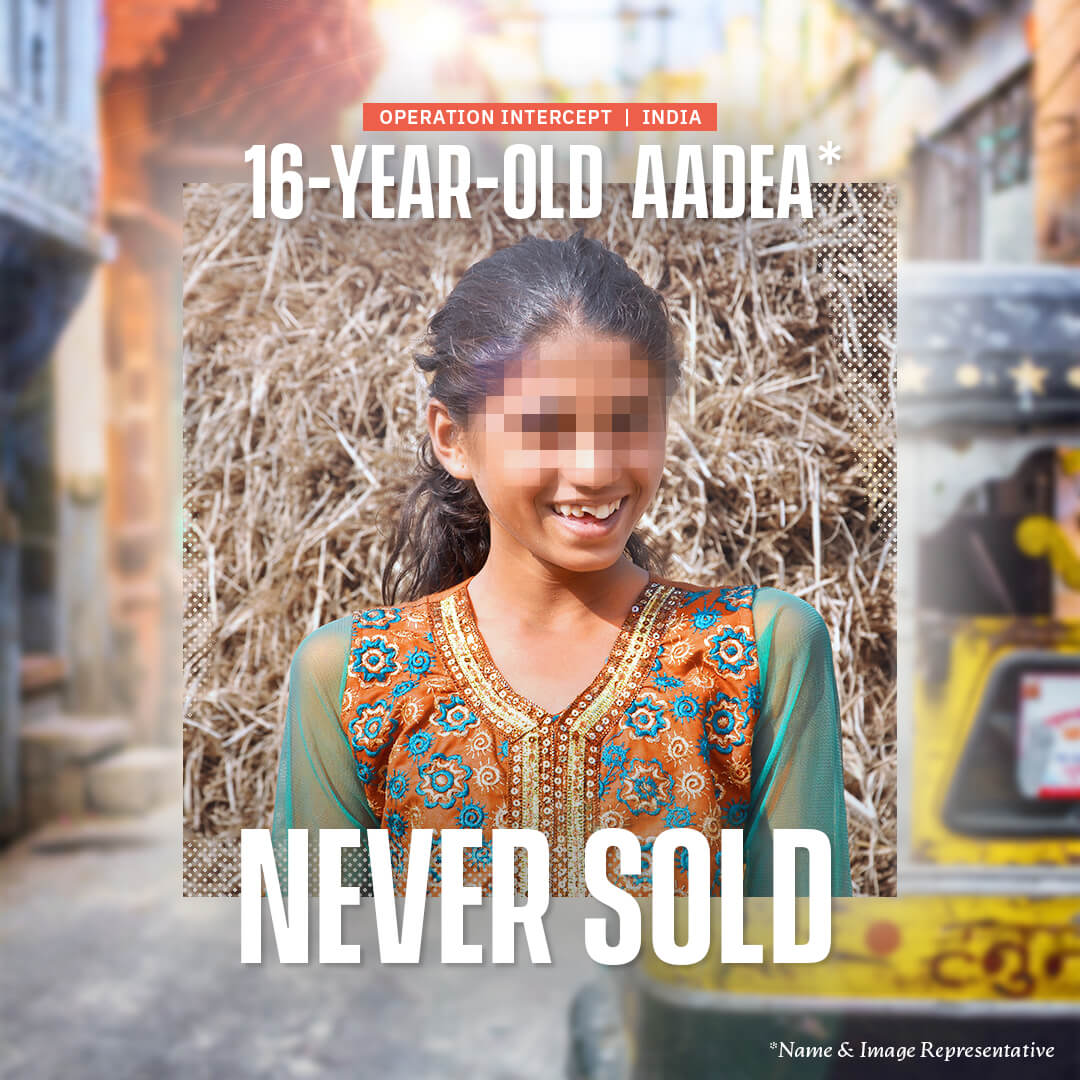 Aedea* was rescued before she was ever sold.

In rescues spanning two days, six traffickers were arrested and four survivors were freed in Operation Intercept and Operation Vigilant!

It had not been long since she’d left her home in West Bengal, India. Her head was likely still spinning from the terrible realization that she would not be working; she would be sold for sex. Her traffickers sent her to a beauty salon, preparing her for her first customer in a ritual that served as a hollow counterfeit of Hindu bridal traditions.

But while Aadea was being prepared for initiation into the same degrading cycle so many other women before her had experienced in the brothels of India, The Exodus Road’s Bravo team was not idle.

They had just raided a brothel where three traffickers were arrested and two survivors were freed in Operation Vigilant. Through this arrest, they got a tip about a brothel preparing to sell Aadea’s virginity at a premium price. Bravo team mobilized immediately, working with local law enforcement and another nonprofit organization to collect evidence. They worked through a rainstorm to collect surveillance material, aware of how urgently this girl deserved freedom.

When Aadea arrived at the brothel, dressed to be marketed and sold, everyone working the operation knew that they had a window of opportunity that would last only minutes.

Due to the speed of Bravo team and law enforcement’s response, Aadea was never sold.

Between the two operations just one day apart, six traffickers were arrested and four survivors were freed.

The traffickers are now facing prison sentences of 10 years to life. Each of the survivors was placed in a government safe house where their individual road to restoration will be mapped out. They now have the opportunity to learn a new kind of normal, one directed by their own independence.

The sale of 16-year-old Aadea was stopped because of your support and advocacy. Thank you for being a part of rescuing Aadea from abuse!

*Name and image is representative