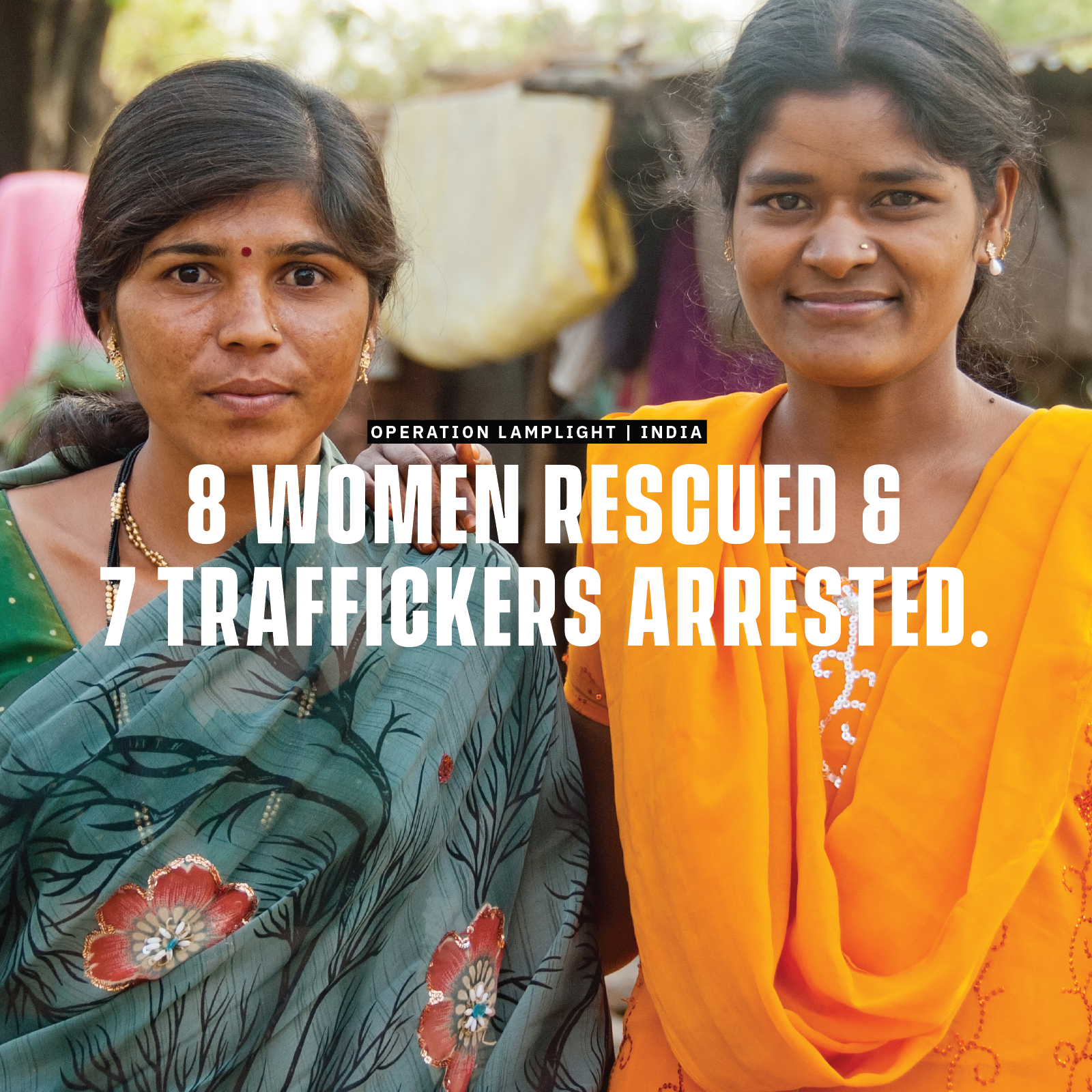 Eight young women in India have seen the dawning of a dream in the darkness of captivity: they’ve been set free.

All of them were deceived and betrayed by people they trusted — several by their own family members or the men in their lives. Most had attended school up to the fifth grade. Two had never been to school at all.

Vulnerability due to poverty is a reality for so many in India. Traffickers capitalize on that, seeing the opportunity offered by an already volatile economy destabilized even more by the COVID-19 pandemic.

The women were all promised steady, secure domestic jobs. Instead, they were sold for abuse, marketed through what is commonly known in India by a chilling and degrading label: the “flesh trade.”

Fortunately, your national Search + Rescue team is incredibly efficient and responsive. They discovered the telltale warning signs of human trafficking in two brothels. Just three days later, they had coordinated and executed a rescue plan with local police.

Seven traffickers have been arrested. Eight young women are free.

As they were being rescued, some of the women expressed their heart’s desire to live a “respected life.” Because of the dedication of all those who partner with the freedom work of The Exodus Road, that dream can now become a reality.

Lives are being changed because hope is now a part of the equation. Dignity is being restored. Visions are being realized.

Thank you to all our dedicated supporters for empowering rescue! Want to become part of this amazing rescue work? Just $40 can fund one night of investigation to find and free victims of trafficking.

*Names and images are representational.