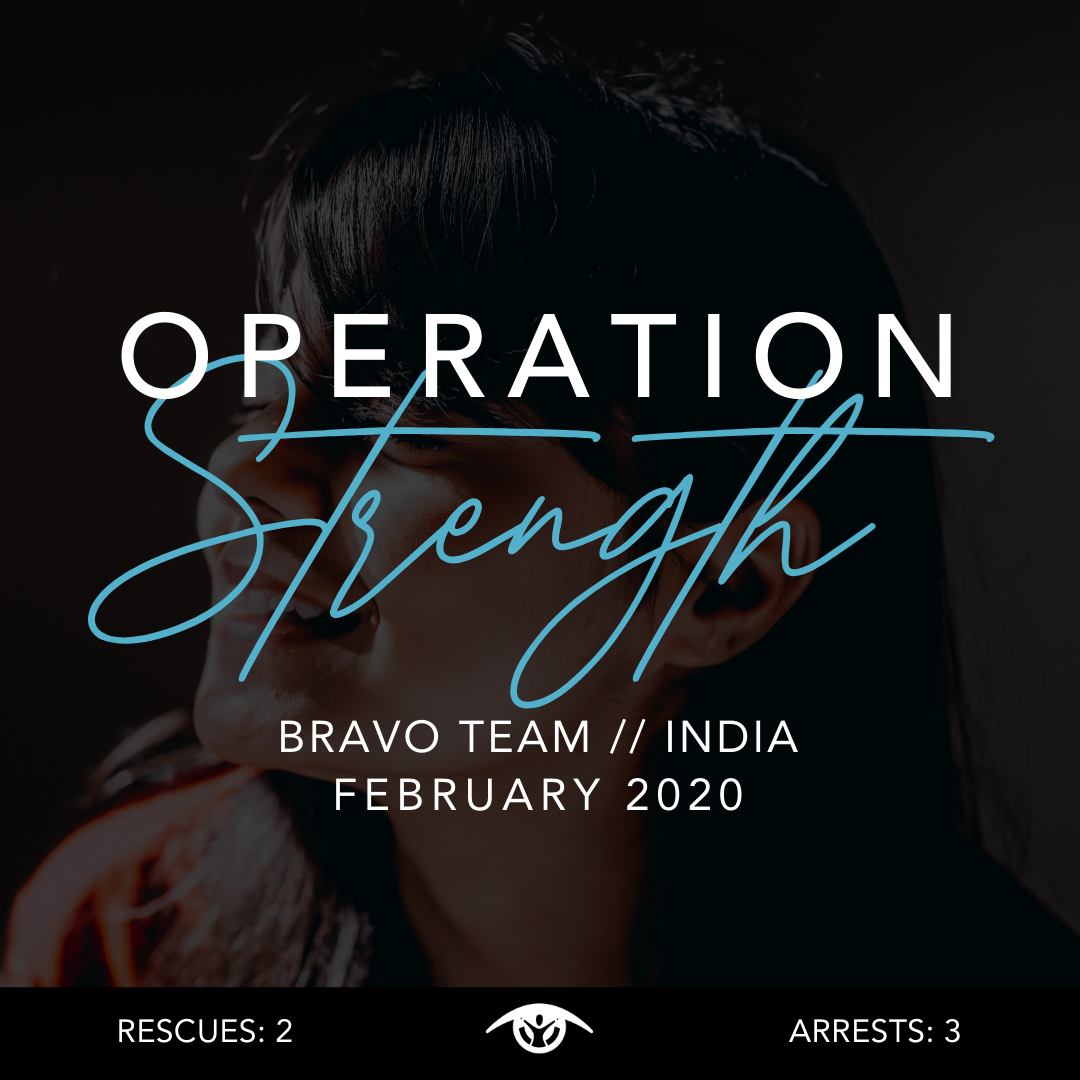 A well-known trafficker punches a police officer’s face as he tries to escape a brothel raid. With physical strength, the officer was able overpower the trafficker and arrest him- along with two other traffickers. The process of justice could now begin.

In Operation STRENGTH, two 18-year-old females, Omala* and Trayi,* were rescued from a brothel. Similar to the heartbreaking stories of many young Indian girls, Omala and Trayi were promised good jobs – then they were forced into prostitution instead.

The field report shared that tears filled the women’s eyes as they were rescued from the filthy brothel. The nightmare they were living was finally coming to a close.

The traffickers, finally caught and subdued by the brave officers, are now in jail. If found guilty, they will face up to ten years in prison.

The incredible strength the Indian police officer showed during this operation is truly heroic. Local police continue to dedicate their lives to making the systemic change needed to disrupt human trafficking, and we are so honored to work in support of them.

*Names and photos are representational.