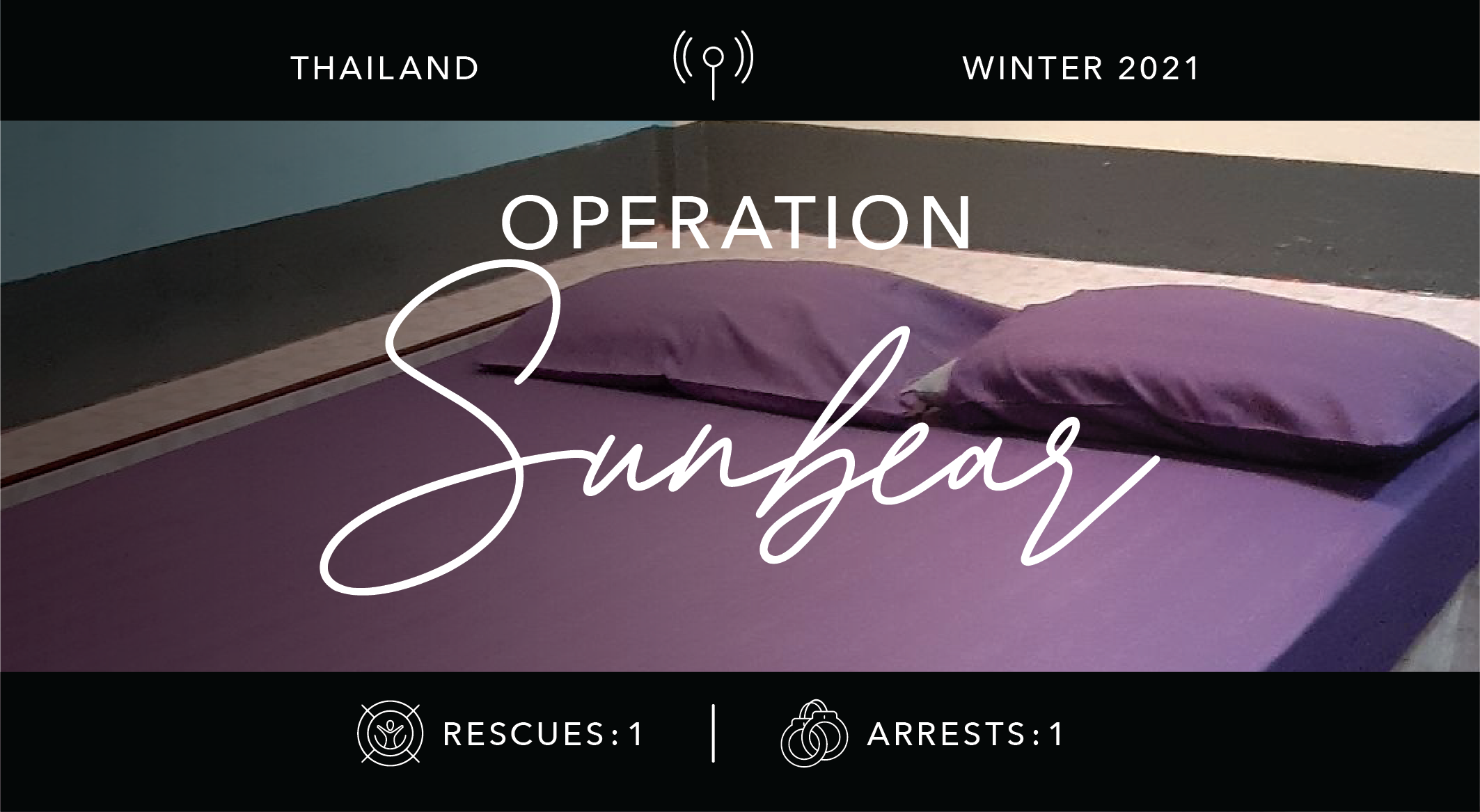 This message on social media was offering a 16-year-old boy for services to older men in Thailand.

Preed* is a student from a middle-class Thai family. He had been tricked and controlled by the trafficker for an entire year. He needed money, and the trafficker brokered the deals.

. . . Until that tweet was read by a TER investigator online, and a case was immediately opened.

After research, evidence gathering, and working with police partners, a sting operation was scheduled. It had taken 36 days since that tweet was posted to coordinate the mission and gather the evidence. When the police officers and social worker came into the hotel room that night (pictured above), Preed was visibly upset, fearful of getting into trouble himself. The authorities explained to him that Preed was actually the victim of a crime, took him to a safe house, and quickly called his parents to involve them in Preed’s care.

Preed’s broker was later arrested and is facing serious criminal charges because of the solid evidence the TER team collected against him. If convicted, he could get between 6 and 20 years in prison.

Congratulations to the Thai authorities and TER operatives who worked hard to protect Preed and to bring his trafficker to justice. We celebrate their commitment to freedom and this community that keeps empowering them to bring it.

* Name is representational, but the image is not. The photo is of the actual hotel room where police intervened on Preed’s behalf.