How are race and human trafficking related? Human trafficking happens all over the world and affects people from all backgrounds. But certain populations are affected more than others.

For instance, while men and women alike are trafficked, women and girls are generally at higher risk, accounting for about 54% of victims in modern-day slavery. Race and human trafficking are also intertwined. Ethnic minorities and indigenous groups are at higher risk of human trafficking than other demographic groups. At the 2001 World Conference Against Racism, Racial Discrimination, Xenophobia and Related Intolerance, leaders acknowledged this crucial topic, stating:

”...trafficking is usually considered to be a gender issue and the result of discrimination on the basis of sex. It is rarely analyzed from the perspective of race discrimination… However, when attention is paid to which women are most at risk of being trafficked, the link of this risk to their racial and social marginalization becomes clear.

But why do we need to even talk about race and human trafficking? Because it’s important to understand who is at risk of being trafficked and why people are at risk — so that NGOs, government agencies, and community members can leverage this information to better identify and prevent human trafficking.

How do we know ethnic minorities and indigenous persons are at higher risk of human trafficking?

Large national or global data sets that speak to ethnicity or race among human trafficking victims are hard to come by. But much can be learned by looking at small dispersed data accounts.

The above statistics are significant when considering that the Black population currently represents about 14% of the total U.S. population, the Latino population accounts for roughly 18%, and the Asian population only 7%.

In the U.S., Native American women are also disproportionately impacted by sex trafficking. In South Dakota, 40% of reported victims of sex trafficking were Native women, according to the South Dakota District U.S. Attorney’s office, although they only represent 8% of the population. Similarly, Native Americans are nearly one-quarter of trafficking victims in New Mexico, despite making up only 11% of the population.

Why are ethnic minorities and indigenous peoples more at risk of human trafficking?

Human trafficking primarily affects the most vulnerable members of society. This includes the racial, ethnic, gender, and/or social groups most impacted by discrimination, inequity, and inequality in a given community.

Human traffickers identify and exploit individuals in positions of desperation or isolation, taking advantage of circumstances such as poverty. Ethnic minorities are disproportionately affected by many of these risk factors, increasing their vulnerability to being trafficked.

Globally, indigenous persons are at high risk for human trafficking for a variety of reasons. They make up about 15% of those living in extreme poverty, despite being only 5% of the global population. They are often politically marginalized and therefore have little voice in the public sphere. Some indigenous groups lack access to citizenship or basic services such as education. In many cases, they are impacted by both armed conflicts and environmental degradation much more deeply than the general population.

Traffickers see these vulnerabilities and exploit them.

For example, people from the Hill Tribes of northern Thailand often lack citizenship and therefore the ability to leave their provinces for better employment opportunities. This makes them vulnerable to traffickers who promise better jobs and exploit their lack of identification to control them. In Peru and Colombia, indigenous peoples living in remote areas with little political clout have been forced into illegal armed groups. In Namibia, the San people, many of whom have been displaced from their lands, are especially vulnerable to both labor and sex trafficking because of extreme poverty and rampant societal discrimination.

In the U.S., as is true worldwide, economic need is one of the leading indicators of vulnerability to human trafficking. Historically, the poverty rate in the U.S. is highest among Native Americans at around 25%. The second highest group is African Americans, with 20% below the poverty line, followed by Hispanics at 17%.

The U.S. Department of State has also recognized how the devastating impact of human trafficking among ethnic minorities in the U.S. is rooted in the vulnerabilities created by systemic racism. A detailed summary exploring the connections between historical oppression and human trafficking today can be found in the U.S. Department of State’s most recent Trafficking in Persons report. We recommend this fact sheet as a starting point for better understanding.

The connection between increased risk factors for human trafficking and historical discrimination is true for ethnic minorities not only in the U.S. but around the world. While there is an extensive gap in comprehensive global data, there are two groups for which more research has been done: Indigenous females in Canada and Black females in the United States.

The disproportionate level of justice for Indigenous women has not gone unnoticed by traffickers, who capitalize on inequity in the legal system, as it can reduce their risk of penalization. Indigenous women account for about 50% of identified human trafficking victims in Canada, while representing only 4% of the population.

Research has shown that the high rate of exploitation experienced by Indigenous women today can be traced to the vulnerabilities created through decades of systemic oppression that ensued through colonialism. According to the Final Report of the Truth and Reconciliation Commission of Canada:

”The central goals of Canada’s Aboriginal policy were to eliminate Aboriginal governments; ignore Aboriginal rights; terminate the Treaties; and, through a process of assimilation, cause Aboriginal peoples to cease to exist as distinct legal, social, cultural, religious, and racial entities in Canada.

The effects of this “cultural genocide,” as the report labeled it, have lasted for generations, creating the increased vulnerability to human trafficking that Indigenous women and girls face in Canada.

Besides creating vulnerabilities that make a group more susceptible to human trafficking, experts also believe that historical oppression and systemic racism can lead to differential treatment for victims of human trafficking.

Many experts trace the impact of human trafficking on Black females in the United States to the transatlantic slave trade. Sexual abuse of Black girls and women was normalized throughout this period, while hostile stereotypes labeled Black females as sexually immoral and full of lust.

A recent study showed that distorted perceptions of Black girls still exist. According to a 2017 study by The Center on Poverty and Inequality at Georgetown Law:

”...Adults view Black girls as less innocent and more adult-like than their white peers, especially in the age range of 5-14.

This study tied the “adultification” of Black girls to differential treatment in education and juvenile justice systems, in which Black girls often receive harsher punishments and fewer opportunities than their peers. Researchers now recognize how such ingrained biases can, according to the U.S. Department of State, “lead to racially disparate assumptions about who is a trafficker and who should have access to victim protection and services.”

These stereotypes can affect:

In this way, traffickers are not always held accountable for their crimes, and victims don’t always receive the justice they deserve.

A way forward through continued learning and listening

Human trafficking is a horrifying reality for nearly 50 million people around the world. It’s important to bring to light the tactics of traffickers who hold power in the dark. This includes recognizing how historical patterns of discrimination and exploitation continue to show up today in order to take steps toward positive change.

As Martin Luther King, Jr. phrased it so well:

”Injustice anywhere is a threat to justice everywhere. We are caught in an inescapable network of mutuality, tied in a single garment of destiny. Whatever affects one directly, affects all indirectly.

As we make positive strides in one area of injustice, it affects rippling change in others. Today, we are continuing the conversation in the hope of creating a few more ripples by adding a small stone to the water.

*A note on terminology: For accuracy’s sake, we have chosen to use the terminology for different ethnic groups or races that were used in the individual studies that we have cited.

Education is one of the most powerful and crucial weapons in the fight for freedom. TraffickWatch Academy is your opportunity to learn the facts about human trafficking on a local and global scale. 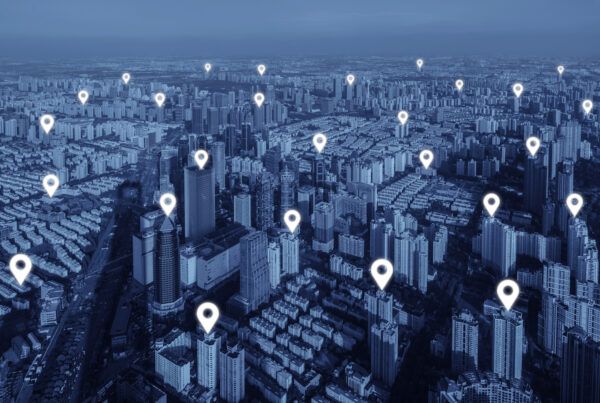