When first hearing about human trafficking, many people ask this question: “if people being trafficked are not physically restrained, why don’t they just leave?”

The answer requires a compassionate and nuanced understanding of the multi-faceted nature of exploitation. Although the majority of trafficking survivors have not ever been chained up or kept locked in a room, they have nevertheless been held captive. In fact, The Exodus Road’s investigative teams identify and collect information on over 18 different control methods.

True empathy for individuals experiencing this horrific injustice begins with understanding the less obvious forms of control and confinement. Here’s an exploration of a few of the reasons people being trafficked don’t leave.

Traffickers often seize and maintain control of official records such as passports or IDs. Especially if the trafficked person has been taken away from their country of origin, their ability to travel and escape is effectively crippled without the necessary documentation. This may be exacerbated by language barriers.

Traffickers exploit these challenges by falsely telling someone they have trafficked that they will be arrested if they speak to authorities.

Faith Robles, a survivor of sex trafficking who was kidnapped and taken from Mexico to New York City, told KUTV news in Utah, “I had no clue where I’m standing right now. Who, where do I go to ask for help? When he keeps telling me, ‘oh, if you go to the police, they’re going to arrest you. They’re going to deport you. And they are not going to believe you.'”

Robles’ experience is tragically common in survivor stories. “My visa was tied to my work with the family,” survivor Shamere McKenzie said in a story published on End Slavery Now. “Where would I go if I walked out? I didn’t speak English and had no one.”

Most people trapped in trafficking are not lucky enough to have someone they can text or call for help. No matter where they come from or where they’re trafficked to, many survivors are simply unlikely to have access to the resources needed to find their way back home. This is especially likely in the case of minors. In 57% of cases that The Exodus Road has worked in 2021, the survivors had been controlled by the trafficker in part because they were younger than 18. Getting transportation, acquiring the necessary funds, or even simply just determining where they are can be significant obstacles for a youth who has been trafficked.

The need for survival

Many people stay in trafficking situations, whether it’s sex trafficking or labor trafficking, to meet their most basic needs. Whether because of poverty, abuse, natural disaster, war, political unrest, or other disruptive socioeconomic factors, someone who has been trafficked might be unable to access basic necessities any other way. 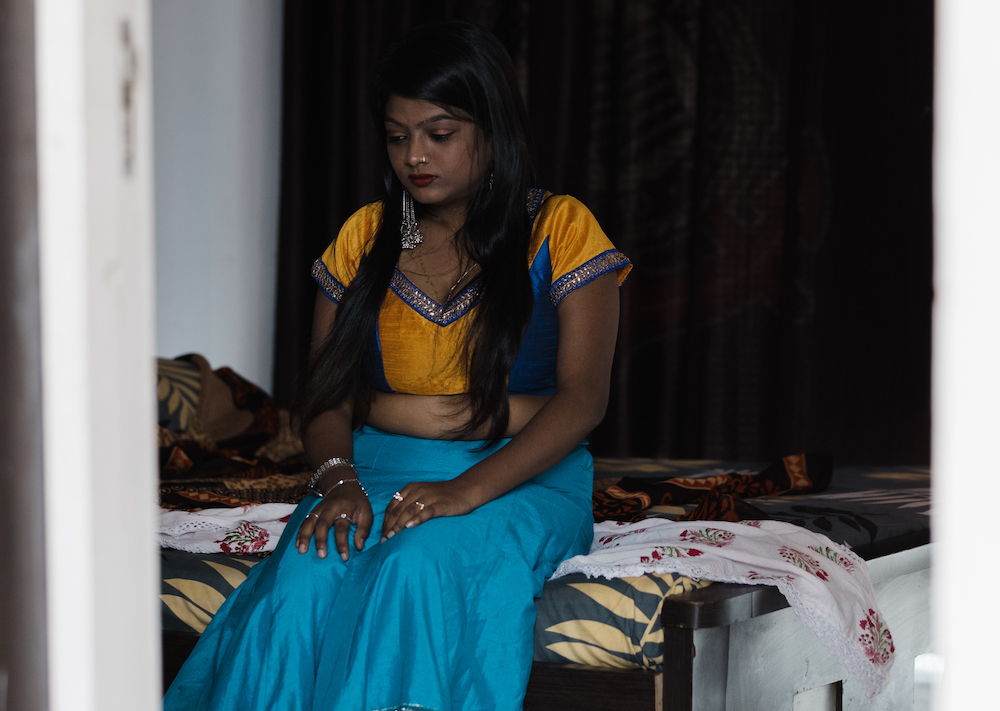 Many traffickers promise food, shelter, and stable employment. In places where those resources are scarce, a chance at survival feels impossible to pass up. One in four of the cases that The Exodus Road recently worked involved false job promises as a primary method of entrapment.

Even once a victim of a trafficker’s ploys recognizes the deceit, they might not leave because they have nowhere to go. A place where they at least have some form of shelter and a way to eke out a semblance of a living might feel more sustainable than homelessness and poverty. A survivor of sex trafficking might also face intense cultural stigma and shame that leaves them at risk of being socially outcast if they do return to their community.

There’s a similar dynamic in play that makes kids in foster care at high risk for human trafficking in the United States, as well as LGBTQ+ youth. Both of these groups of kids may have no real place to call home, or their home situation might be abusive or unstable. LGBTQ+ youth in particular might be socially outcast. This makes them likely to engage in “survival sex,” where they enter exploitive situations with older individuals in order to get their needs met.

If someone who has been trafficked does technically have another home, they might still stay in an exploitive situation out of desperation to earn anything to support themself or their family. This was part of Maria’s* experience, a young woman from Kenya who was caught in an exploitive labor situation in Saudi Arabia. She stayed because she needed a way to provide for herself and her family back home. (You can hear her whole story and how The Exodus Road supported her journey back to freedom on our podcast). 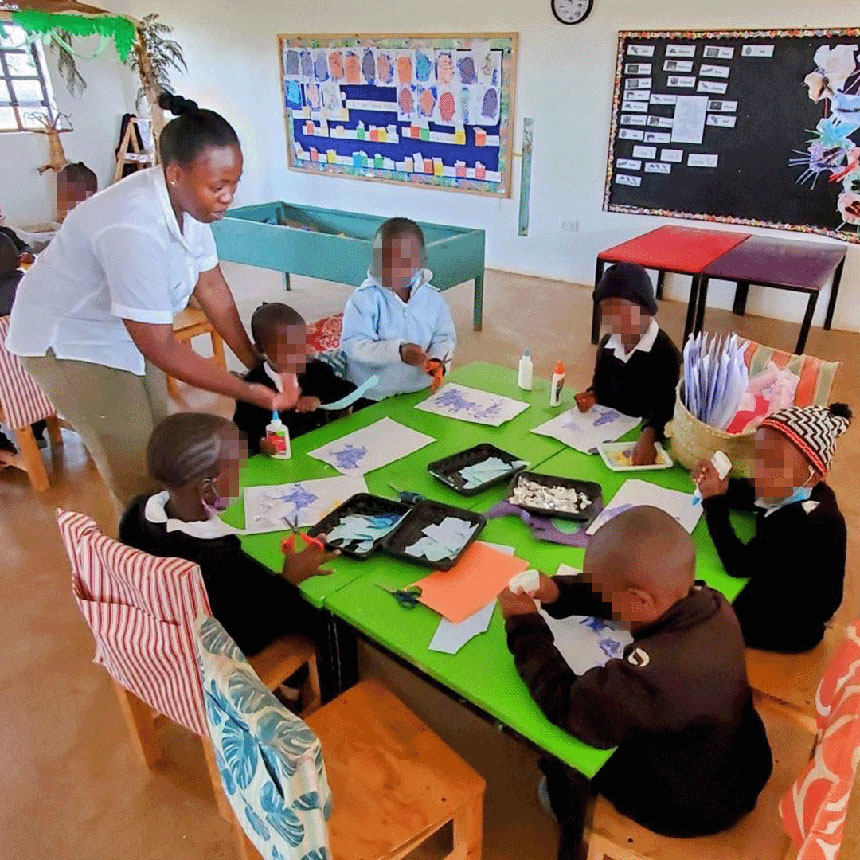 Traffickers’ lies do not stop once they have someone ensnared; they might continue dangling the promise of eventual freedom in front of the people they are exploiting, never intending to deliver. Often, traffickers will manufacture large debts that a trafficked person must “pay off” before they can leave (a practice known as “debt bondage”).

Those debts might purportedly be due to travel or recruitment fees that a trafficker places on someone they have deceived, claiming it as a “loan” that perpetually gathers steep interest. A trafficker might claim that the debt can be paid off if the exploited individual just works hard enough. That false hope is a powerful force in making people stay.

Beyond the logistical limitations discussed above, there’s another kind of barrier that can be even more damaging: psychological manipulation and the impact of trauma.

One consistent manipulative tool in a trafficker’s toolkit is threatening violence. An anonymous survivor told her story to Deliver Fund, saying, “I wasn’t allowed to talk to anybody… I couldn’t look at anybody. I had to look at him or the ground. And if you messed up in public, then you were going to get beat as soon as you got back to the room… if you cried or screamed or anything, then he would take you out of the room, and you never knew if dead was going to be an option.”

In addition to directly threatening violence towards trafficked individuals, traffickers might threaten their families as well. The Exodus Road’s investigators have frequently discovered that traffickers threatened harm to survivors’ family members if they did not comply. UN Women has published survivor stories corroborating that pattern.

Some threats take less tangible, but no less damaging, forms. A trafficker might take sexually explicit photos and videos of someone they have ensnared, threatening to publish those images and send them to loved ones. The risk of having their reputation and community connections destroyed can silence survivors. This is an especially devastating control tactic in countries that are shaped by honor-shame paradigms, such as many countries in northern Africa. 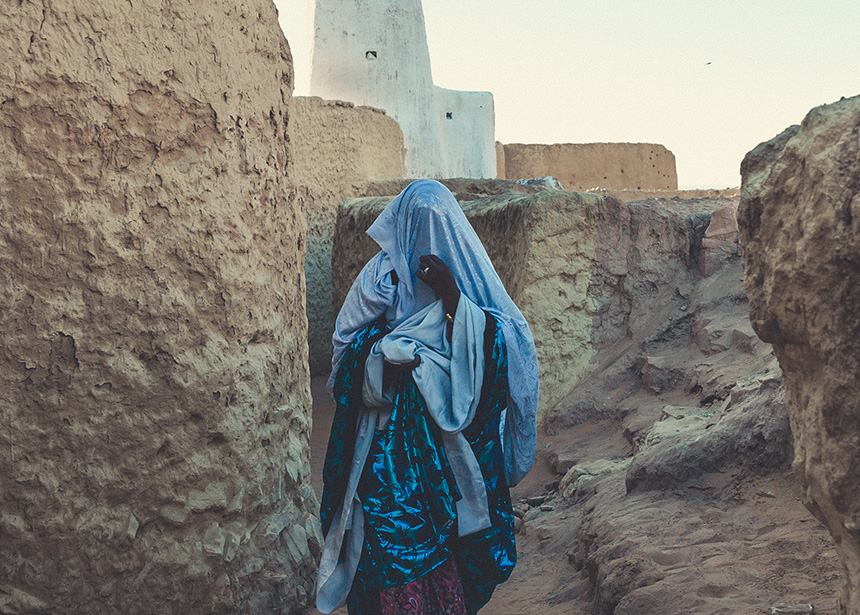 In more than a third of recent cases The Exodus Road’s investigators have worked, traffickers used deception, manipulation, or physical and sexual abuse to control those they victimized. Often, these patterns of behavior can create trauma bonds.

Verywell Mind describes trauma bonds: “Trauma bonding is one reason that leaving an abusive situation can feel confusing and overwhelming. It involves positive and/or loving feelings for an abuser, making the abused person feel attached to and dependent on their abuser.”

That seemingly paradoxical experience is often found in the dynamic between trafficked individuals and their traffickers, who might pose as loving romantic partners (commonly called “romeo pimps”) or caretakers. When that kind of emotionally charged relationship is at play, many people might not even be able to identify the reality that they are being trafficked.

“A lot of women have been groomed into their situation, so there is a huge sense of loyalty to their captors,” a spokesperson for London-based Stop The Traffik (a partner of The Exodus Road) told the BBC. “For many, it can be the first relationship they have ever had; they have no other frame of reference, and are working for this person 12 hours a day, seven days a week.” 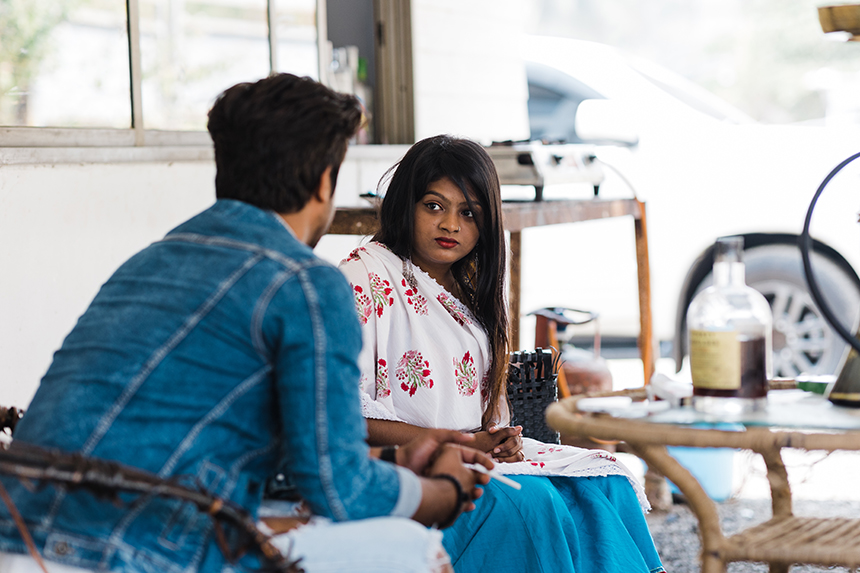 Traffickers steal the futures of those they exploit. Although it’s difficult to quantify what this loss really means, research reveals that trafficking survivors often face unjust criminal records, a lack of legal work history, lifelong health problems, and an absence of basic lifeskills.

The aftermath of trafficking also includes substance dependency, as traffickers frequently use drugs and alcohol as a control method. Although the findings of studies vary, it’s likely that around 70% of individuals who are trafficked use drugs or alcohol. All of this significantly hinders a survivor’s ability to find employment and navigate the world.

This is further exacerbated by a perceived “foreshortened future,” an extremely common symptom of trauma in which individuals can’t believe in the possibility of their life continuing. Many trauma survivors are psychologically unable to envision any future aside from the horrific reality they have lived. This might be reinforced by a deep sense of worthlessness ingrained through repeated abuse. It may also be reinforced through intense social stigma related to sex work, which could cause a survivor to be shunned by their community.

What does this mean for fighting human trafficking?

The incredible complexity of the impact of trafficking on an individual should inform best practices for nonprofits and advocates seeking to break exploitive cycles. It’s not enough to address the surface-level circumstances of modern-day slavery. Fully realized freedom includes freedom from debilitating fear and psychological damage, freedom from social stigma, freedom from unjust criminal records, and freedom from the economic disadvantages that propel people into trafficking situations to begin with.

Even the language we use when talking about trafficking can be a crucial part of honoring survivors’ difficult experiences. A survivor is not at fault for not leaving their trafficker. A trafficker is responsible for having trafficked another human being.

To learn more about how The Exodus Road honors the whole of survivors’ experiences while empowering them to walk into freedom, visit Beyond Rescue. 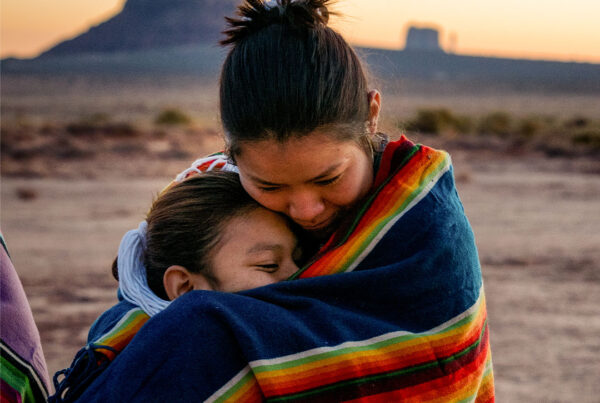