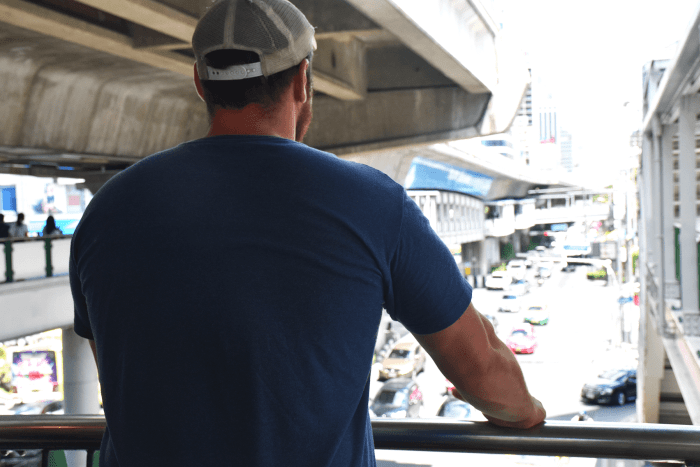 Sepo. I can’t forget her.

She was selling herself on the street. She was from Zambia, and her smile was pure. To her, I was just another prospective john, but she treated me like a genuine friend.

And it’s that fact that has me in tears, weeks after deployment.

She’d been trafficked — sold on the idea that she’d teach English, only to discover upon her arrival to the city that there was no teaching job, that she now owed her traffickers $7,000, and she had only one way of paying it off. In that way, a sale to me would have represented another small step toward her freedom. What a price to pay.

Her price was about $60 USD, but it was negotiable. She would take whatever I could afford, and in return, I could take her body. She shared her story with me, which was heartbreaking. But the really gut-wrenching aspect of all of it never really hit home until I spoke with my post-deployment counselor.

The thing is, Sepo was a captive, but she was not crushed.

Despite her enslavement, she behaved with dignity and humility. . .  Sepo’s smile, though offered through a thousand different pains, felt so genuine. Her words did not bite or sting. She spoke with me as with a friend. . . . There she was, a slave, and yet she passed no pain or bitterness on to me — a presumed predator of her vulnerability.

I break down in tears remembering Sepo’s resiliency and strength. On one hand [in this work], one can see the horrific evil of which the human heart is capable, and in the same moment, through the demeanor of someone like Sepo, the greatness of humanity’s spirit is fully displayed.

DELTA Team investigators work with national staff to collect valuable evidence for police partners so that women like Sepo will be freed from human trafficking. And while these expert men and women who work undercover are inspirations, they all report leaving deployments deeply changed and inspired themselves. Sepo’s case is still in progress.

*Sepo is a representative name meaning hope. Names and locations are changed to protect the exploited and those working for their rescue. The above is an excerpted journal entry from an actual operative.