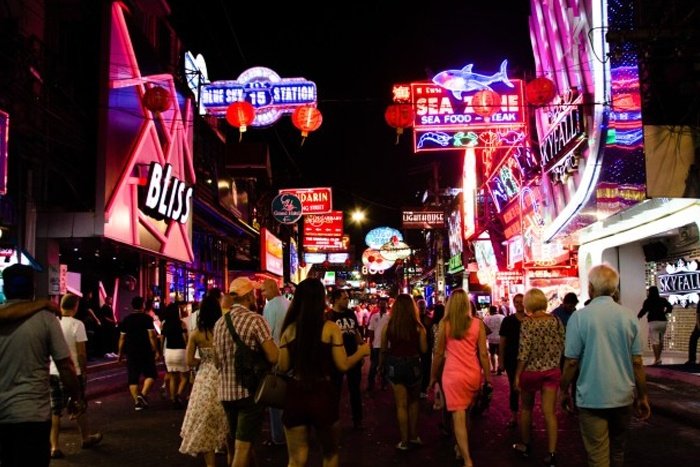 Anna and Sophia | Trafficked from Europe

Our investigators met them on the street in a major red-light district in SE Asia last week — two European women, one from Moscow and the other from Chechnya.

One wore tall heels, the other trendy high-tops up to her thighs, which were paired with mini-skirts and make-up. Cigarettes in their hands, they stood on the street corner and tried to catch the eye of the Western tourist or local john who happened to be passing by, looking for drinks or fun, parties or sex.

And two of our investigators, posing as tourists, stopped to speak with these two Russian women. We’ll call them Anna and Sophia.

In the course of the conversation, Anna and Sophia began sharing a little more of their stories with our team. The girls said they were 19 and 21 years old respectively and were unemployed in their home countries. With pressure to provide for themselves and their families in an impoverished area and with little education, they took jobs with a broker in Asia. They were told they would have solid jobs, making enough income to both live and send money back to their families in Europe. They thought they would be cleaning houses, working in a restaurant, or caring for a wealthy person’s children.

But what they were not told until they arrived in this foreign country was that the job they would be doing was prostitution.

And two months later, Anna and Sophia are still not allowed to leave. They have little English skills and are trapped in a foreign country. The brothel owner has both of their passports and is demanding that they work off debt for $5,000 USD, which, according to the brothel owner is what the girls owe him for their plane tickets, travel visas, and housing.

On average, a prostitute in that area makes about $50/night. If the girls sleep with 100 men each, they will earn enough to cover their $5,000 debt. However, the trouble for Anna and Sophia is not that “easily” solved.

For every month they stay in apartments owned by the brothel owner, they owe him money for food and rent. And then, even if they were to pay off the debt in full and the brothel owner did return their passports (which he is not obligated to do), the girls still would need to raise the funds to purchase airline tickets back to Moscow — another estimated $800 USD. Without work visas or a place to live at that point, Anna and Sophia would probably be forced to continue the only job they’ve known in Asia — prostitution (the ticket alone would equate to servicing about 16 more customers).

At that point, assuming the girls could make and save enough money to travel back to their home countries, the likelihood of Anna or Sophia contracting AIDS is incredibly high, not to mention the emotional, physical, social, and spiritual trauma which comes from being forced into prostitution, unknowingly and against their wills.

A true story with real consequences

Anna and Sophia’s story is not an abstract one written for illustration’s sake. Instead, it is the true-life account of two trafficked victims whom our investigators met and interviewed just last week. And it is sadly just one of countless represented on the streets in most red-light districts in SE Asia.

The next logical question is: What happens now to Anna and Sophia? How can The Exodus Road help them?

To begin with, our investigators have written reports documenting Anna and Sophia’s stories. These official reports will now be passed on to the local investigative team connected to The Exodus Road network. In this case, it will probably be another local nongovernmental agency that can help them. From there, the local team will hopefully pursue building a case against the trafficking ring that brought Anna and Sophia to SE Asia. We will work to provide funds the local NGO might need to pursue investigations, build a case, or potentially conduct a raid.  If needed, The Exodus Road can provide investigators or support to push the case to completion.

The ultimate goal would be that the trafficking mechanism that ensnared these young women is busted and prosecuted by the local authorities and that Anna and Sophia could receive quality after-care and safe transfer back to their families in Eastern Europe.

Until then, Anna and Sophia wait. For rescue and for someone to fight injustice on their behalf.

Download our free infographic, 10 Facts About Human Trafficking. You can use it to spread awareness, in research projects, or for your own education.