Ukraine Crisis: The Connection Between Human Trafficking and Refugees 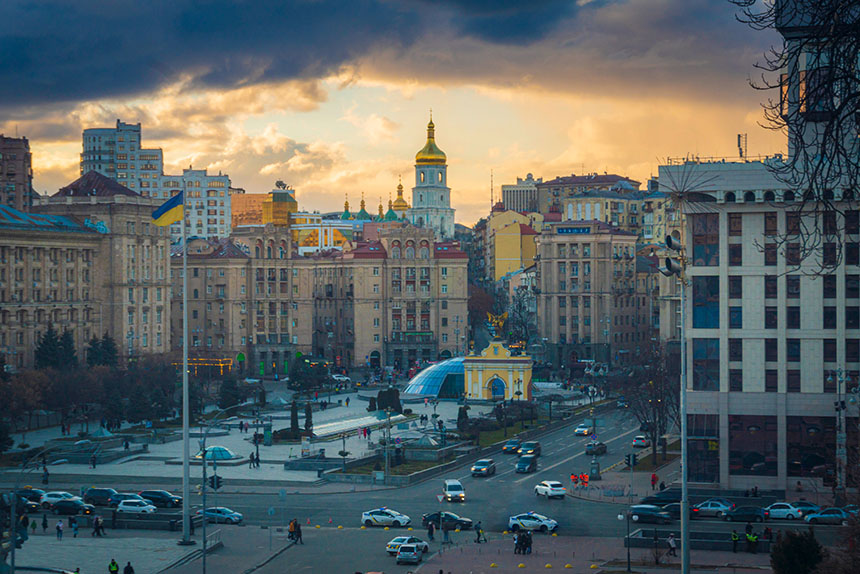 In the space of two weeks, more than 2 million people have fled war in Ukraine in the wake of the Russian invasion. Countless others have been displaced within Ukraine. According to the UN High Commissioner, the speed and scale of this exodus make it the fastest-growing refugee crisis in Europe since WWII. While images of violence and conflict dominate our phones and television screens, one of the lesser-known but no less horrifying facets of war is the increased threat of human trafficking to the refugees fleeing their homes.

The connection between human trafficking and refugees is often overlooked. Refugees, particularly those fleeing war or conflict zones, are among the most vulnerable members of society. Forced to flee their homes, refugees leave behind their belongings, their jobs, and their support networks. They embark on arduous and often dangerous journeys to arrive at refugee camps that are often ill-equipped with basic resources, and where they can find themselves culturally isolated and subject to discrimination. Some of these refugees cannot gain legal status and therefore the means to make an income. Faced with this situation of political, economic, and social insecurity, they become easy targets for traffickers.

Attempting to reach safety, many refugees resort to the services of smugglers. In doing so, they place themselves in situations where they are especially vulnerable to human trafficking. Many are unaware of the dangers until it is too late. The smugglers who promised them safe passage turn around and demand more payment. If they are unable to pay their “debts,” victims may endure physical and sexual abuse, and some end up working as prostitutes.

Several reports have emerged from Poland citing instances in which Ukrainian refugees accepted rides from people they thought were kind-hearted strangers. However, when they arrived at their destinations, they were told they owed a debt that could be paid by working for the driver. This is a clear-cut instance of exploitation — this is human trafficking.

For human traffickers, the war in Ukraine presents an opportunity. As we enter the third week of the conflict, long lines of traffic are backed up on every road exiting the country, and every train car is packed with people desperate to escape the violence. Many more are camped in underground stations and safehouses waiting for ceasefires to be declared so they can flee.

Those who have managed to cross international borders face long lines in the bitter cold at refugee centers where it is proving almost impossible for volunteers to vet the many drivers offering help. A British news correspondent took to Twitter to warn of the vulnerable state of Ukrainian refugees, describing a scenario in which a mother and son were robbed of all their valuables and documents by a driver who offered them assistance.

A survey undertaken by World Vision in Romania, a country that has received more than 80,000 refugees so far, has confirmed the prevalence of human trafficking of Ukrainian refugees. Ninety-seven percent of respondents had heard of instances of human trafficking, with more than half pinpointing women as the most at risk.

In response, The Polish Government has issued warnings about human trafficking and published the appropriate contact numbers and hotlines on social media. The EU has taken considerable action to mitigate the risks to refugees. In an unprecedented move, it announced on March 4th that it will grant all Ukrainian refugees fleeing the war the right to live and work within the 27 member-states and access social welfare, housing, medical treatment, and education for children for a period of up to 3 years. These measures are welcome as they address the root causes of what propels victims into situations in which they are vulnerable to human trafficking.

The Intersection between Conflict-Induced Migration and Human Trafficking

The mass exodus of Venezuela showcases this reality. Since 2015, over 5 million people have fled Venezuela in one of the largest mass migrations in Latin American history. Fleeing political collapse and economic instability, Venezuelans have poured into neighboring countries such as Ecuador, Brazil, and Colombia. Traffickers take advantage of Venezuelan women’s desperate and destitute situations forcing them into sex trafficking rings.

Likewise, many of the 5.6 million refugees that fled from the war in Syria have become victims of labor and sex trafficking. Arriving in Jordan, Lebanon, Iraq, and Turkey, they enter the textile and agricultural industries where they face long hours, low wages, and poor working conditions. In Lebanon, there have been cases of Syrian women and girls forced into prostitution rings and recruited as sex slaves within refugee camps.

The number of global refugees has reached an all-time high. In 2021, global refugee figures were estimated at nearly 27 million. Now in light of the crisis in Ukraine, that figure may exceed 30 million in 2022. This figure does not include all those who were forcibly displaced. Including these, the total number of people who have been forced to flee their homes exceeds 84 million.

The International Labor Organization estimates that there are over 40.3 million victims of human trafficking globally. In a statement made on World Day Against Trafficking in Persons, in July 2021, UN Secretary-General Antonio Guterres affirmed that migrants account for more than half of trafficked persons in the world. The more people who are displaced and the more refugees who migrate across borders, the greater the pool of potential victims of human trafficking.

Human trafficking occurs in every country and often right under our noses. While some victims are kept locked away, others are hidden in plain sight, exploited in the construction, hospitality, and agricultural sectors. The first step to fight human trafficking is to familiarize yourself with the different types of trafficking and the most common warning signs.

According to the U.S. Department of State, some red flags to look out for include:

Education is one of the most powerful and crucial weapons in the fight for freedom. The Exodus Road’s free, online TraffickWatch Academy training program provides you with the practical tools to educate yourself, take action, and combat human trafficking.

How to Report Suspected Trafficking

Freeing a victim from enslavement is a complex and dangerous process. It requires trained task forces working in partnership with specialized law enforcement. The best way to ensure that suspected victims get the help they need is to contact your national anti-trafficking hotline.

In Ukraine, call 527 or 0 800 505 501 to reach The Ukrainian National Counter-Trafficking and Migrant Advice Hotline.