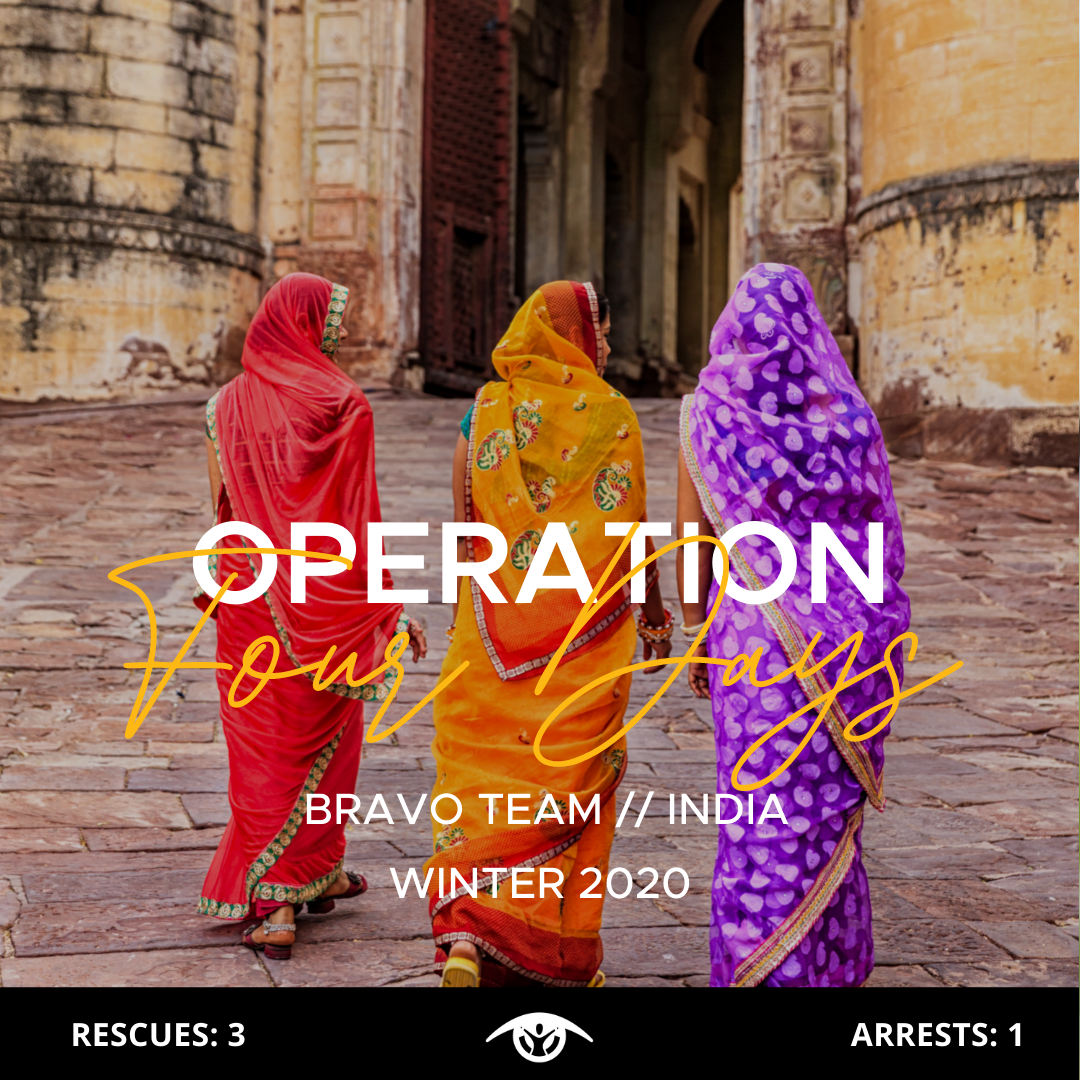 Three Indian women have been rescued from sex trafficking, and through your support of our Search + Rescue teams, you have empowered their freedom.

Additi*, Ananya*, and Divya* were offered good jobs in a nearby city, steady jobs that were hard to resist. India had been locked down for months in COVID-19 restrictions, and the lack of work weighed heavily on them as they struggled to feed their children.

Like so many women, they were raising their small children alone. Spare coins were scarce, and now restrictions kept them from their work. It didn’t matter. Even if they could work, people didn’t have anything extra to spend, and the general fear of getting sick overcame even temple visits.

On many days, they took to begging. Heads bowed, arms outstretched.

When they first learned of the new job offers, they were tentative.

A man who had wandered their shantytown spotted them cooking government rationed lentils outside of their lean-tos, and he struck up a conversation. Their suspicions of this unfamiliar face were drowned out by his assuring words.

Good jobs. Respectable jobs in a big house. Money to send back to their children. Let the aunties and grandmothers care for the kids while they worked. The city wasn’t far away. Just four hours. He would drive them there himself.

A final caress and the grasping of small hands being torn away as they loaded into the man’s van. The last glimpse as they sped away, blurred by their own tears.

But this must be done. They must go.

Weary from the rough road, they arrived in the new city. But where was the big house? The man was short with them as he ushered them into what looked like an old motel. That’s when their anxieties became fear.

The hotel manager leered at them as they entered. Pretty ladies, ah yes. Very good. We’ll have customers for you tomorrow. The sound of the door being bolted from the outside set off waves of panic.

This was a mistake. Now they knew it.

The next four days were a blur of agony and regret.

They felt so alone, but help was coming. You equipped Search + Rescue to move quickly.

The Search + Rescue team had been tipped off that this motel might be trafficking women. They wasted no time sending in undercover operatives to investigate who was for sale, to fish for details on where they had come from and their price: just 2,000 Rupees ($27 USD).

Within four days, the case was ready, the raid organized.

Police waited a couple of blocks away as marked bills were handed over. The signal was sent, and they flooded the hotel — on a mission to liberate the three women.

Aditi, Ananya, and Divya were found and rescued. Their trafficker? Arrested.

A female officer explained that they were there to help, and she asked them questions about how they were lured to this place. The women wept as they told their story, shedding tears of sorrow and relief. Their abuse was over.

They were taken to a shelter for immediate aftercare, and they will return to their families for a new beginning.

Because of you, they have that freedom. Their children will have their mothers back, and another trafficker has been stopped for good.

*Name, image, and some details representational