Someone Came For Us: 3 Sex Trafficking Survivor Stories

Behind the dark concepts of human trafficking and sexual exploitation are stories of survivors. Each case taken on by The Exodus Road reveals a person with a name and a life waiting to be lived with dignity. We invite you to spend time on just three stories of survival – stories that end in rescue.

I left to find work, but this wasn’t the work I agreed to.

My name is Ratree*. I am fourteen. I left my parents’ home in the hill tribe villages of Thailand when I was thirteen to look for work. I was hungry and my parents could not provide. There never seemed to be enough rice. I heard about a woman who owned a hotel. She said she had work for me and that I could live there too. It sounded like a dream – I felt proud to find a real job. I was a little scared, being away from my family, but excited. I wanted to earn a living and make my parents proud.

It didn’t turn out like I had imagined. The woman had jobs for me that I cannot speak of. Men came to the hotel – they came asking for girls. They paid her money and forced themselves on me. I knew I brought shame on my family, and I was glad that my parents didn’t know where I was.

The hotel felt like a prison. The woman was greedy. She had other girls, like me. Phueng* is fifteen. She lived there with me. She often cried when she thought no one was looking and didn’t talk much. And the other girls, Kohsoom*, Milivalaya* and Phawta*, were kept in an apartment nearby. She brought them to the hotel for the work. We hated what we did but we couldn’t run away. The woman and her husband threatened to hurt us if we tried to leave. We were afraid of what she and her husband would do. And I didn’t have money to travel; everything I earned I had to pay to the woman for room and board. Besides, there was nowhere to run.

One night, two men arrived. Phueng and I couldn’t look at each other as the woman bargained over  our price. They decided on 600 baht**. I dreaded what would come next. The other girls were already upstairs with customers. The men paid the money, and the woman gave them keys to rooms. Phueng and I followed. Phueng went into her room first, her head down, with one of the men. I tried not to think of what would happen; I’d lived this nightmare hundreds of times. I followed the other man into a room. He closed the door behind me. Then he just stood there. He looked down at his watch and said in Thai, “I don’t want to have sex with you. Just wait, you are safe now.” I didn’t understand.

Suddenly, I heard loud voices. I knew something wasn’t right. I looked around, panicked, and he said again, “It’s ok. You are safe now.” The door opened, and it was the police – men in swat uniforms. Now I was terrified. I was going to be arrested for the things I had done. A woman slipped in past the police and put her arm around me and said, “It is going to be ok. You are not in trouble. You are safe.” They led me out into the damp night air where the other girls were standing with Phueng. She was crying, she was afraid that her parents would find out about the things that had happened here. So was I. But the woman assured us again, “You are safe now. We are here to help you.” And I believed her. I’ll never forget that moment. Someone had come for us. 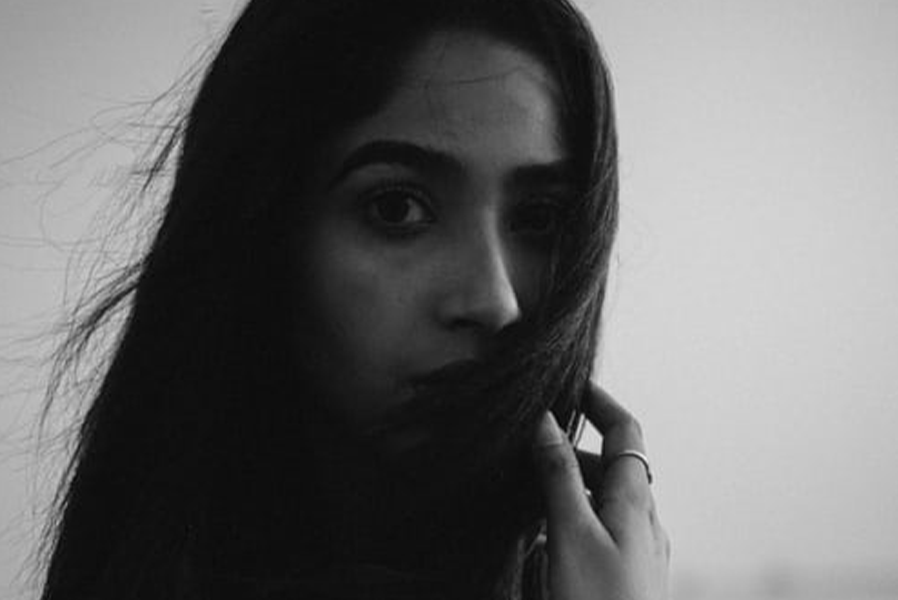 I grew up in a brothel, and I hated it.

I am Jaya*. I grew up in India in a brothel with Udaya* and many other girls. I’m seventeen and Udaya is fifteen. I had more customers when I was thirteen. I hated those days the most. The young ones are always the favorites, and Madam Ankita can charge more for them. We are all busy though; I hate my life. I service five to seven men a day. My body aches, and now I cannot remember a time when it did not. I have few memories before I came to this brothel; my parent’s faces, worn and weary, the cold nights in our hut, and moments where I remember the pain of a deep hunger. Not the kind of hunger I sometimes experience now, when Madam Ankita is angry with us. There is no happiness in those memories. I’m not sure where my home is, I was so young when I left it.

Now I am here, ruled by Madam Ankita. I hate living in this place and when I sleep, I dream of floating up out of the house, far away from Madam Ankita and the rough, piggish men who visit it.

One night, an army of police arrived – uniforms and vans and noise and chaos. We were shocked and scared.  Madam Ankita and many of the girls tried to escape. I stayed close to Udaya. A woman with the police came to speak with us. She was wearing plain clothes.  She had a gentle voice and told us we were not in trouble. She said they had come to help us. She gave us bottles of water. At first, we were upset. How were we going to survive? We needed this work to eat. She explained this kind of work wasn’t safe or healthy for us. She told us there could be another way and that she was going to help us find that way. I felt so nervous. Udaya was upset too.

Madam Ankita was found and arrested. We all went to the police station together, and the woman – her name was Bashita – stayed with us the entire time while we had to give our story to the police. She held our hands and gave us food. She asked us questions about our family back home and why they had let us live with Madam Ankita in the first place. Bashita told us we wouldn’t be forced to be with men anymore.

It didn’t make sense to me, not really, not yet. But I did understand this: someone had come for us. 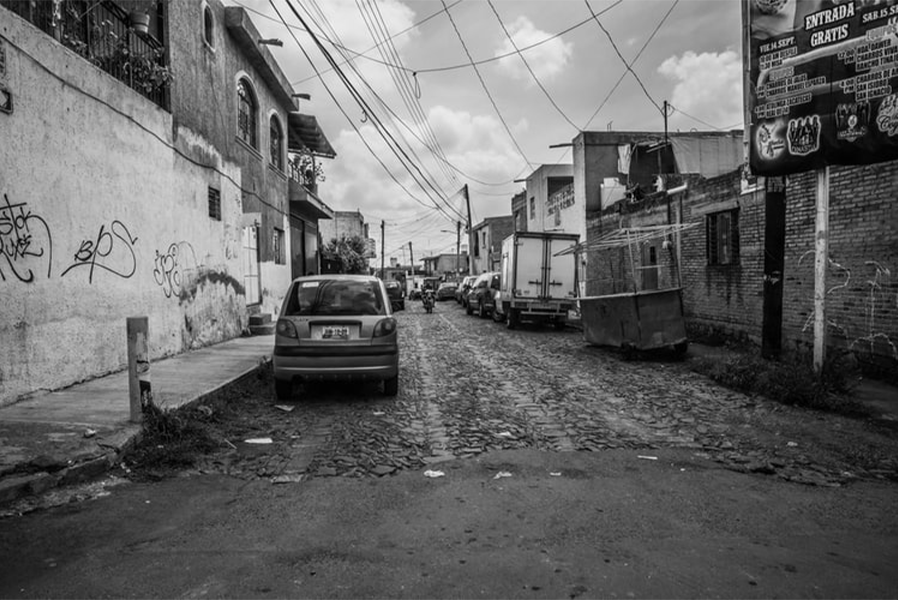 I am an orphan, and I’ve survived the streets.

My name is Romina*. I am sixteen. I can’t tell you very much about that day they found me because Hugo would drug Micaela* and me. I didn’t like the opium, but I took it. It made my mind numb.

I began living on the streets with my father when I was nine years old. He was part of a gang. We stayed in an area of the city that was very dangerous. People sell drugs there, they smuggle, they fight, they murder. One day, another gangster killed my father. I felt desperate and so alone. Now I had no one to protect me.

After that, my father’s friend Hugo took charge of me. He was cruel and I was very afraid of him. He was the one who forced me to sell my body when I was thirteen. There are lots of girls my age who have to do this to survive, like Micaela. She is seventeen and she has a baby now. His name is Luis. He is always crying and has a terrible cough. He’s not a fat, bundled-up baby, like you usually see tucked into a stroller. I wondered how long he would last out here. For his sake, death would be better.

Hugo would make us stay on the street corners day and night to find customers. Micaela was always worried that there wouldn’t be enough work because she needed to feed baby Luis. A man who owned a hotel nearby would let us rent rooms as long as we paid him part of what we earned, the rest of our pay went to Hugo. I felt hollow. I was just a shell that served six customers a day. There was no hope for me, and I had come to accept this.

One rainy cold night, Micaela and I had just arrived at the hotel with customers. She was two doors down. I was with Marco again. He is about forty-five and a member of another street gang. He would buy me regularly. I hated his breath and his smell of sweat. Suddenly, I heard a loud pounding on the door that shook the thin walls. A deep voice yelled, “Open the door!” Marco went pale and scrambled to unlock the door. It was a team of police in full gear, helmets on, guns drawn, in green swat uniforms asking for identification. I was shaking so badly I could barely walk and stumbled out into the hallway where I saw Micaela. We were both crying because we were so scared. The drugs made things even more confusing, and we thought we were going to be arrested. The police took the hotel owner, and they took the men who were paying for us. But they told us, “We will take you to a safe place. You’re not in trouble. You’re not of age. It’s okay, it’s okay…”.

Micaela and I locked arms. Micaela asked to go get baby Luis who was in another room. I went with her; he was squirming and fitful in her arms. Then the three of us walked past Marco, who was outside, in handcuffs, his head down, beside the lights of the police car. I felt so relieved I didn’t have to sleep with him that night. I hoped to God I would never see him again.

Someone had come for us.

Each of the stories included here are actual survivors’ stories from cases that The Exodus Road team has worked in 2019. Some details are edited or inferred for coherence and artistic purposes. *Names are representative to protect privacy.

If you’d like to ensure more survivors of sex trafficking are found and freed, consider making a one-time donation or join our Search + Rescue Team by donating monthly.

If you’d like to learn more, consider reading about how The Exodus Road invests in aftercare or read more Sex Trafficking Survivor Stories by visiting here.